“The Palinist ‘real America’ is demographically doomed to keep shrinking,” notes N.Y. Times columnist Frank Rich. ” But the emotion it represents is disproportionately powerful for its numbers. It’s an anger that Sarah Palin enjoyed stoking during her ‘palling around with terrorists’ crusade against Obama on the campaign trail. It’s an anger that’s curdled into self-martyrdom since Inauguration Day. 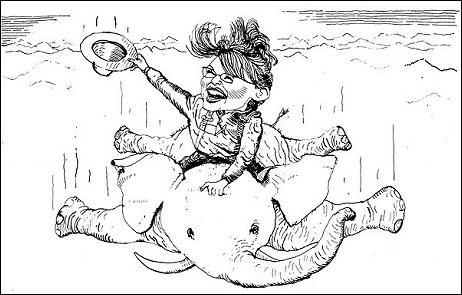 “These are the cries of a constituency that feels disenfranchised — by the powerful and the well-educated who gamed the housing bubble, by a news media it keeps being told is hateful, by the immigrants who have taken some of their jobs, by the African-American who has ended a white monopoly on the White House. Palin is their born avatar. She puts a happy, sexy face on ugly emotions, and she can solidify her followers’ hold on a G.O.P. that has no leaders with the guts or alternative vision to stand up to them or to her.”