Criterion has done a brilliant job of obscuring the fact their just-released Last Year at Marienbad release is a Bluray as well as a standard definition DVD. To me, at least. I was inspecting the new Bluray releases in Kim’s last night and didn’t even see Marienbad in this section. (Although the SD version was easy to spot.) If it was there my eyes glazed over. Credit goes to Criterion’s played-down, round-blue-sticker strategy of packaging their Blurays in jackets that reflect Criterion’s Peter Greenaway-ish marketing mentality. 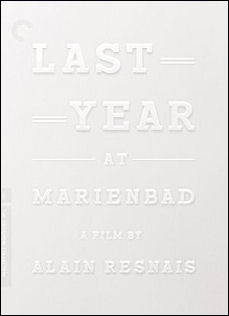 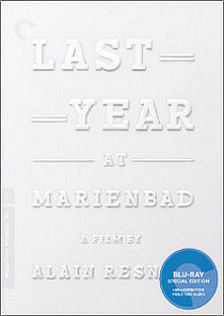 The CC folks are clearly open to the concept of getting the attention of Joe Popcorn film buffs, but they’re obviously just as concerned with maintaining that immaculate foo-foo Criterion decorum. Criterion isn’t “selling” the fact that they’re issuing certain films in Bluray as much as letting consumers know this.