Lone Scherfig‘s An Education (Sony Classics, 10.9) is going to have clear sailing as far as critics and the Academy and somewhat educated 30-and-overs are concerned. There’s never been any doubt about that. But there will be a connection problem, apparently, with younger twentysomethings, and I’m not just talking about the Eloi. 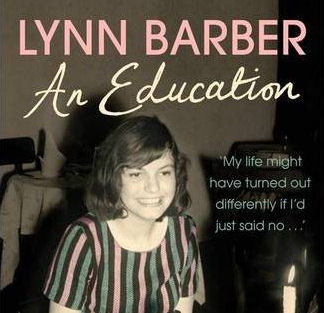 I’m talking about guys like my son Jett — Jett of all people! a guy who almost always gets it and tunes into a very wise frequency with the right kind of well-read, sensitive-soul attitudes — having problems with the idea of an older guy in his 30s (played by Peter Sarsgaard) taking out a much younger girl of 16 (Carey Mulligan) with her parents’ consent. Nick Hornby ‘s script, set in 1961 England, is based on Lynn Barber‘s true story, and is all laid out with very skillful sophistication, but Jett was going “what?” the whole time.

He explained after the screening that he couldn’t relate to the ethical world of the film. He was appalled, in other words, that no characters went up to Sarsgaard and said, “What are you doing, man? You’re almost 40 and she’s 16!” (The movie wants us to think of Sarsgaard as being roughly 31 or 32, but there are a couple of shots of his creased neck that make him look like he’s pushing 40.)

Jett couldn’t understand, in effect, what it was like for young women in a pre-women’s-liberation, pre-Beatles-era when many if not most women went to college in order to meet the right guy to get married to. An era in which fathers and mothers sent daughters to college expecting this to happen. (Especially fathers like the one Alfred Molina plays in the film, a decent but provincial schlub who’s very, very concerned about the cost of sending his daughter to Oxford.) An era in which some women got married right out of high school, for heaven’s sake.

If a guy in his early to mid 30s was to show serious interest in a 16 year-old today he’d be regarded as something close to a pedophile, and perhaps even arrested and prosecuted for this, but it was a different world back in the early John F. Kennedy era. It was the ’50s, basically. The ’60s didn’t begin in the States until JFK’s murder. They probably began in England with rise of the Beatles, which began to happen in the middle of ’63, which is also when kitchen-sink movies like The Loneliness of the Long-Distance Runner and Saturday Night and Sunday Morning and This Sporting Life began to really sink in and shape the conversation.

And as I said, Sarsgaard’s David is so correct and charming and continental — a likable, sophisticated, free-thinking sort who knows how to handle Mulligan’s parents and would have fit right in as one of Julie Christie‘s jilted boyfriends in John Schlesinger‘s Darling, which came out only four years after the events in An Education. And he’s really not into Mulligan’s character for young-girl sex — he just wants to hide away from being a 30something guy and live in a world of fresh attitude and hip urbanity and all that. He wants to float along.

But Jett couldn’t find his way into it. We argued about this somewhat, and he spat out at one point that “nobody’s going to go see it.” What? All the blood drained from my face. I wasn’t exactly saying to myself “my God, my son is turning into an Eloi” — he’s not — but I realized when he said this that the Eloi are going to blow this film off without a moment’s hesitation.