So to recap, in the space of the last three days Bill Maher, Roger Ebert and N.Y. Times critic A.O. Scott have all deplored abundant indications of rank stupidity and infantilism among the general public — Maher addressing diminished or nonexistent political awareness levels and Ebert/Scott pointing to increasing popularity of idiot-level CG paintbox/dada movies and the kneejerk avoidance among the under-25s of films with even a smidgen of adult texture or provocation. 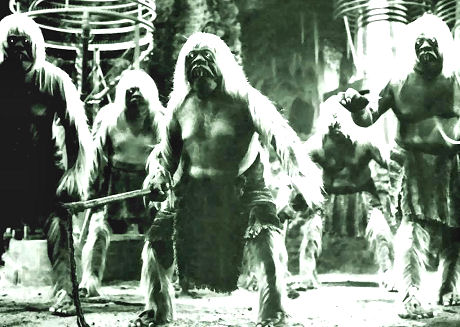 Which is what I’ve been bemoaning in no uncertain terms in this column for years, and which is entirely about my own personality and spiritual shortcomings and nothing to do with what’s actually happening out in the culture….right, naysayers?

As I stated yesterday, American moviegoing youths have essentially become Eloi. Scott paints an image of ticket-buyers as “mewling, incontinent little bundles of id with dirty minds and mouths — that’s pretty much what the major studios think of us.” Either way they’re seen as subjects for relatively easy manipulation and brain-washing by the junk-food-dispensing and junk-movie-dispensing Morlocks — i.e., corporate owners of movie studios, studio-chief henchmen, slash-and-profit producers like Joel Silver and Lorenzo di Bonaventura and (they’re all serving the same goal and the same gods) fast-food distributors.

Today’s Eloi are not lambs waiting to be led to the slaughter, as H.G. Wells and George Pal envisioned, but under-educated ADD pudge-bods looking for steady weekend slurps of cheap-drug highs. Nothing lasting or profound, mind, but tasty and dumbly enjoyable enough to create appetites and addictions.

“What kind of person constantly demands something new and yet always wants the same thing?,” Scott asks in his 12.7 article, titled “Spoon-Fed Cinema.” “A child, of course. From toddlerhood we are fluent in the pop-cultural consumerist idiom: Again! More! Another one! Children are ceaselessly demanding, it’s true; but they are also easily satisfied, and this combination of appetite and docility makes the child an ideal moviegoer.

“But since there are a finite number of literal children out there, with limited disposable income and short attention spans, Hollywood has to make or find new ones. And so the studios have, with increasing vigor and intensity, carried out a program of mass infantilization. 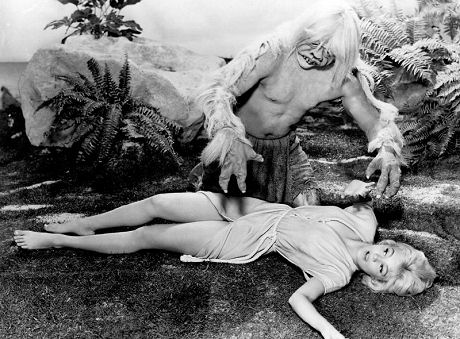 “A movie that people will go and see, almost as if they had no choice, is a safer business proposition than one they may have to bother thinking about. In this respect Transformers: Revenge of the Fallen is exemplary. It brilliantly stymies reflection, thwarts argument, arrests intelligent response. The most interesting thing about the movie — apart from Megan Fox‘s outfits, I suppose — is that it has made nearly $400 million domestically.

“There is nothing else to say. Any further discussion — say about whether it’s a good movie or not — sounds quaint, old-fashioned, passe. Get a clue, grandpa.

The new Hollywood climate is one in which “middle-aged actors and critically lauded directors look like extravagances rather than sound investments,” Scott concludes. “Forty is the new dead. Auteur is French for unemployed. The Hurt Locker — the kind of fierce and fiery action movie that might have been a blockbuster once upon a time — is treated like a delicate, exotic flower, released into art houses and sold on its prestige rather than on its visceral power.”