In a current but undated N.Y. Times “Take 5” fashion spread/q &a piece by Lynn Hirschberg, An Education‘s Carey Mulligan is described in now-familiar terms. Her “bravura turn has landed her center stage,” “the movie was a sensation at Sundance largely because of [her] performance,” and that she was “suddenly…being compared to Audrey Hepburn,” etc. There’s also a “Screen Test” video piece. 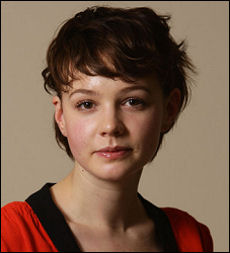 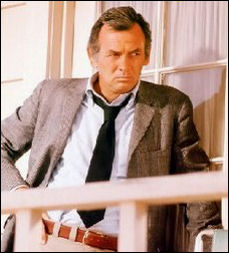 The Times doesn’t let you copy the photos but Mulligan makes an amazing admission midway through the discussion. She doesn’t drive so when she decided to park it in LA she stayed in Century City and took the Santa Monica Boulevard bus.

“I have an unusual perception of L.A.,” she explains. “I can’t drive, so I take the bus. I stay in Century City, which is centrally located, and there’s a brilliant bus that goes straight up Santa Monica Boulevard. The people riding on the bus are unbelievable. Completely insane. I quite like it. When you have three meetings a day, it’s quite pleasant to take the bus from place to place.”

Mulligan taking a bus to the Kodak theatre on Oscar night would be the hands-down coolest thing imaginable.

Hirschberg asks Mulligan if she’s been offered rides during her stay. “I had a meeting with Warren Beatty,” the actress replies, “which was surreal because I couldn’t believe I was speaking with him at all. And he couldn’t believe I was taking the bus. He drove me to my next meeting. I thought, I rather like Los Angeles. People are very kind.”

The David Janseen connection is that the last vaguely-Hollywood-associated person known for using the L.A. bus system was Janseen’s private-eye character in Harry O, the ’70s TV series.