“I’m of the persuasion that budget constraints are very, very good for creativity,” Mad Men auteur Matthew Weiner tells Vanity Fair‘s Bruce Handy. “I think people having unlimited amounts of money makes you really lazy. And I will be quoted on that, believe it or not.” 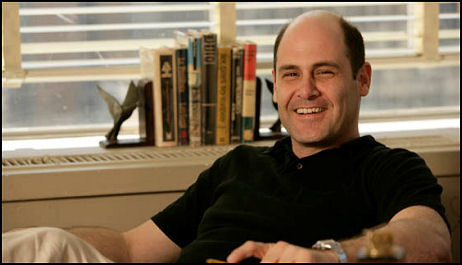 I’ve been saying this for years. The more money spent on a film, the more needlessly grandiose and overbearing it tends to be. Obviously not always. That Gone With the Wind shot of the dead and dying in Atlanta surely cost a load of dough, but it was worth every penny. Ditto the mothership arrival in Close Encounters, the chariot race sequence in Ben-Hur, and hundreds of others in this vein. Big money has been creatively well spent in the past, and will be again.

But having less of the stuff to throw around does tend to inspire better films. Case in point: Martin Scorsese‘s The Last Temptation of Christ (a classic made on the cheap) vs. Marty’s Gangs of New York (problems galore despite — or because of? — a massive budget). If I was a studio chief I’d have a framed motto on the wall behind my desk saying “Do it for less or take a hike.”

The problem with Weiner’s less-is-more approach is that it doesn’t necessarily work in a dollars-and-sense way outside of the cable TV realm. Because the Eloi don’t respond to creativity per se. They want dumb-ass CG, high-concept spectacle, monsters and robots, stuff blown up, pants pulled down, guys vomiting in Vegas, etc. They really don’t seem interested in responding to much else. So you can’t make profitable Eloi movies with less money — you need more. And there’s the leak in the boat.