Mafia hit-man biographer Phil Carlo has reportedly declined to sign a deal with producer Lorenzo di Bonaventura to make a film of The Ice Man, a portrait of ruthless mob assassin Richard Kuklinski, because he “couldn’t stomach the idea” of Channing Tatum in the lead. 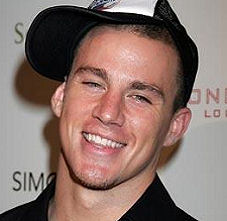 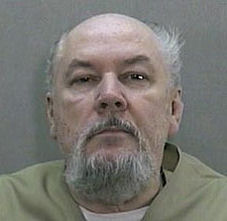 Carlo has told Page Six that Ice Man was optioned by di Bonaventura 18 months ago, and that the producer had recently asked to extend the contract so he could complete financing for the film. But he couldn’t handle Tatum-as-Kuklinski.

“This is not the guy to play one of the most feared killers of the 20th Century,” Carlo is quoted as saying. “I think Mickey Rourke would really be good. He’s got that sense of danger, and there’s a similarity between the two. But it’s not Channing Tatum.”

I doubt if di Bonaventura’s thinking was as callow and insipid as Carlo implies. Stories like this always miss (or deliberately ignore) key complexities and side issues, but let’s assume for a moment that this one is substantially correct.

Rourke would be great in such a role, but you’d have to get the budget way down due to Rourke not being a marquee name, and is in fact far from this. Except di Bonaventura isn’t interested in making a low-budget film about a cold-hearted killer because he wouldn’t make his usual fat fee if he did. A veteran big-studio exec and high-powered producer, di Bonaventura is a very smart and shrewd guy but he’s mainly about making the big bucks first and a movie that works on its own terms second. He needs a hot actor like Tatum in the lead to persuade big investors (who never care about the story or the director or other creative elements — they regard movies solely as product) to invest in the first place.

Kuklinski “was a notorious contract killer who worked for the Gambinos and boasted about having murdered more than 200 men,” the story reports. “He earned his ghoulish nickname because of his method of disguising the time of death of his murder victims by chilling their bodies in an industrial freezer.”