It will be a travesty if the Massachusetts political process somehow fails to quickly appoint a liberal, public-option supporting replacement for the late Sen. Ted Kennedy — obviously the thing to do in the wake of his passing last night. Kennedy’s greatest legislative dream was to enact meaningful health-care reform. For his voice not to be posthumously heard during the Senate roll call would be an obscenity. 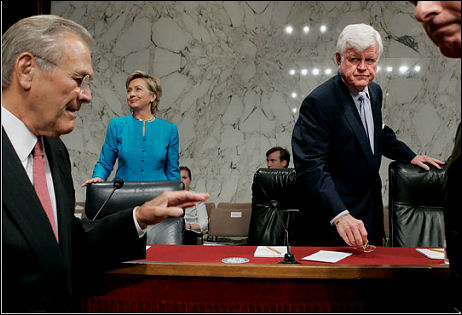 As Sarah Wheaton reports this morning in the N.Y. Times, “One of Senator Kennedy’s last public acts before he died on Tuesday was an emotional plea to Massachusetts state lawmakers that they replace him quickly upon his death.

“Though he did not cite any issues specifically, his note was viewed as an acknowledgment that his absence would leave uncertain not only the identity of his replacement, but also the essence and fate of health care reform, his most cherished legislative goal.

“In the letter, dated July 2, Mr. Kennedy asked lawmakers to amend the state’s rules and grant the governor the power to appoint his successor until a special election could be held.

“‘It is vital for this Commonwealth to have two voices speaking for the needs of its citizens and two votes in the Senate during the approximately five months between a vacancy and a special election,’ he wrote.

“While Massachusetts voters would likely vote in another Democratic senator, any delays caused by a special election could hinder efforts by the party to corral the 60 votes needed in the United States Senate to move health care legislation forward.

“But the effort to find a quick replacement for Mr. Kennedy may prove complicated. In the week before his death, reaction to his request on Beacon Hill ranged from muted to hostile. The state’s Democrats found themselves in the awkward position of being asked to reverse their own 2004 initiative calling for special elections in such instances. 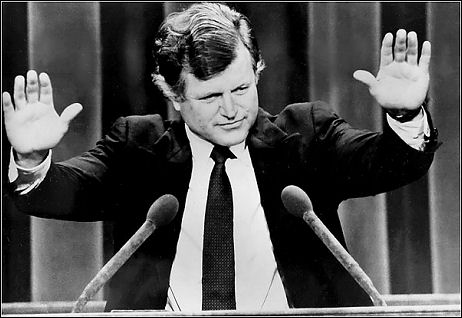 “Until that year, Massachusetts law called for the governor to appoint a temporary replacement if a Senate seat became vacant. But when Senator John Kerry, a Democrat, was running for president in 2004, the Democratic-controlled state legislature wanted to deny the governor at the time — Mitt Romney, a Republican — the power to name a successor if Mr. Kerry won. The resulting law requires a special election within 145 to 160 days after the vacancy occurs.

“‘The hypocrisy is astounding,’ the state House minority leader, Bradley H. Jones Jr., told The Boston Globe on Thursday. ‘If we had a Republican governor right now, would we be getting the same letter?’

“Even if Mr. Kennedy’s death prompts a change of heart, the state legislature is not set to return until after Labor Day.