I’m sitting in a Starbucks on Yonge and College, and the great Eddie Marsan (here to promote The Disappearance of Alice Creed) just walked in with his wife. I was either too cool or too much of a coward to waltz over and snap his photo. Marsan has a great English face — brute but somehow sensitive. And I’m with everyone else in having loved his performance in Happy Go Lucky.

I was half-fine and half-meh over Neil Jordan‘s Ondine except for the great Colin Farrell‘s performance. It’s not fair or right to dismiss a film in this fashion so I’ll just pledge to come back to it tomorrow.

It’s now 5:30 pm, and I have to make it down to the Elgin for a 6 pm screening of Scott Hicks‘ The Boys Are Back. I’ll have to cut out for a quick 6:45 pm discussion with Mother and Child director Rodrigo Garcia, and then attend a Boys Are Back dinner party at 8 pm, and then another event for The Private Lives of Pippa Lee. 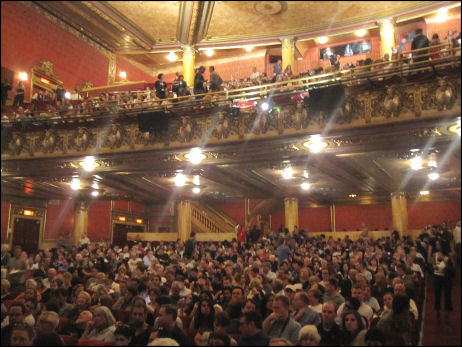 Elgin theatre crowd prior to Sunday night’s showing of Jacques Audiard’s A Prophet. 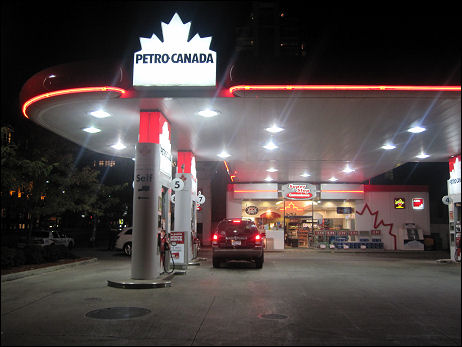 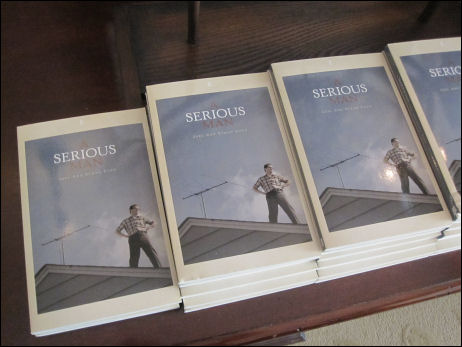 I wrote last night’s riff about Rodrigo Garcia‘s Mother and Child without having seen the final 30 minutes. So I went to see it again today at a 12:30 pm Cumberland press screening and was rather surprised to discover that the last 30 minutes are the weakest part of the film. The plot lurches a couple of times and tone becomes a little too emphatic. The first 95 or so minutes use gradual and subtle shadings; the last 30 minutes use more and more primary colors. I’m not saying it falls apart, but the last act does diminish Mother and Child somewhat.

I was suffering from the very beginning of Todd Solondz‘s Life During Wartime, which screened this morning at 9 am, and there was very little respite until I bolted, which was about 65 minutes in. I’d been seething, scowling, muttering, looking at my watch and asking myself, “Should I do the full suffer and stick it out until the end, or can I escape after an hour or so?”

I left because I’ve never related to Solondz’s more-or-less constant theme — the inner monster in us all will always crawl out and can probably never be restrained — and I find it incredibly boring to sit through another icky-pervy exploration of same.

I left because I’m just about burned out on the plight of a suffering male child molester as a topic of dramatic interest or intrigue. I think male child molesters should have their sexual organs chopped off with a dull axe. Other scenarios hold little interest.

I left because I didn’t believe anything I was hearing — to my ear Solondz’s dialogue is always unnatural and rhetorical — and I didn’t believe any of the actors. To me they were just speaking the dialogue and trying like hell to make it all play realistically, but the odds were too great against them. Solondzworld is a place of constant guilt and venom and nightmares. Do the merciful thing — get out your father’s AK-47 and shoot yourself in the mouth. It’s easier and less complicated that way,.

And it doesn’t matter if Solondz agrees and wanted this scene to be seen as some kind of arch exercise. The point is that no one can relax and listen and settle in when a scene is bullshit.

I left because the tall and large-boned Allison Janey could never be a sister to the tiny pipsqueak British actress Shirley Henderson — not in a million fucking years.

I left because…all right, I can’t write any more because Neil Jordan‘s Ondine is going to start in 17 minutes.