Cowboys vs. Aliens vs. Lone Ranger

Fifteen months ago the Hollywood Reporter and then Collider‘s Cal Kemp (linking to the THR story) reported about Robert Downey, Jr. eyeing a lead role in Cowboys and Aliens, an adaptation of Scott Mitchell Rosenberg‘s 2006 graphic novel series. Earlier today Variety‘s Michael Fleming reported that director Jon Favreau will probably team with Downey on the project. 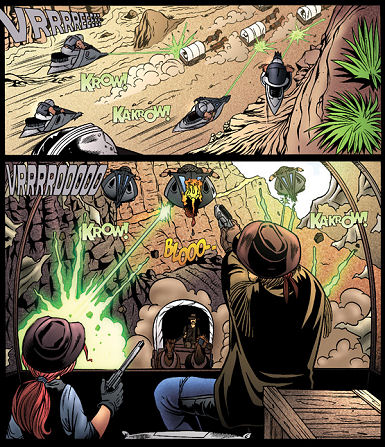 I love this idea sight unseen and not even having flipped through Rosenberg’s comic book. I love it because it’s absurd and stupid and dead-on, and because the film has a chance to redeem the idea of merging six-shooters, horses, buckaroos and super-sized other-wordly FX. The debacle known as Barry Sonnenfeld‘s Wild Wild West took this idea and killed it for years. If Cowboys & Aliens doesn’t make it work — or worse yet, if it does the same “oh, God, I hate this, lemme outta here” Wild Wild West thing — the wrath of the moviegoing world will come down on Cowboys & Aliens like a ton of bricks. No, it won’t. People will go to see it no matter what. But guys like me will be shattered.

Why would I drop everything to see Cowboys & Aliens in a New York minute but I can’t stand the idea of Johnny Depp starring in The Lone Ranger? Why would anyone want to see The Lone Ranger for any reason, under any circumstance, under the influence of any drug…whatever? Clearly, the Favreau-Downey is the cowboy movie people want to see. If I were Depp I’d bail. 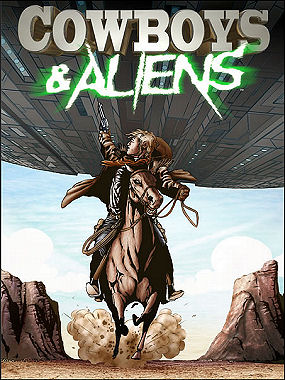