Later Than I Thought

The more I think about it, the more I’m convinced that A Serious Man is a timeless classic — a darkly hilarious piece that speaks to anyone who’s come to appreciate how life, for some people, is a grossly stacked deck. “But how can the Coens push this world view?,” a producer friend asked on the street yesterday, “given what they’ve done and achieved? It’s dishonest.” The irony, of course, is that people of brains and accomplishment and insight are the ones who will value it the most highly. 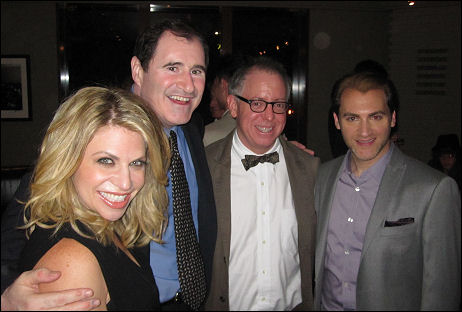 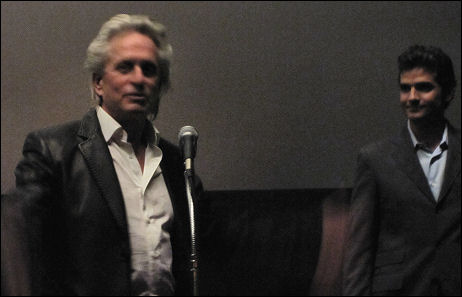 Michael Douglas prior to last night’s public screening of Brian Koppelman and David Levien’s Solitary Man. Apologies for the rotten photo — I just wasn’t aggressive or precise enough with my positioning and flash attachment adjustment. This one‘s even worse.