I like Peter Bart‘s brief 11.19 profile of 34 year-old movie financier and Relativity Media honcho Ryan Kavanaugh more than the also-recent one by Chris Jones in Esquire. I prefer Bart’s because he mentions that Kavanaugh is “a moderate drinker [whose] driving is sufficiently erratic to provoke occasional run-ins with the cops” and who “can joke about melodramatic relationships with the opposite sex.” 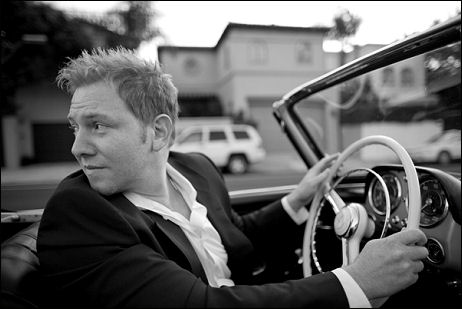 This humanizes the guy, you see. Makes him sound flawed and vulnerable and maybe a wee bit …not reckless, exactly, but…what’s the term, nocturnally spirited? It tells you Kavanaugh is no stone-faced Michael Corleone in The Godather, Part II, drinking a club soda with lime on a patio in Havana. There’s a little whiff of a heavy-hitters-gone-wild thing here. A red-haired, blue-Converse-wearing financial maestro who occasionally goes into party-animal mode like Benicio del Toro responding to an occasional full moon.

Because guys who know from melodramatic relationships and the West Hollywood bulls flashing their lights and telling them to pull over are guys who may have their professional lives set to high throttle but are still vaguely, anxiously hungry. Guys who have that itch. Where is it? What is it? Where’s the next reveal or turnover that will lead to the next moment of clarity or girl or piece of information that might lead to my way into the next thing?

In short, Kavanaugh is (or seems to be according to Bart’s description) a jazzman, a slight spiritual cousin of the candle-burning-at-both-ends Arthur Rimbaud, a seeker, a pedal to-the-metaler, a tripper, an oracular madman…a guy who could be played by a flash-mode Leonardo DiCaprio in a film directed by Oliver Stone or Craig Brewer or Tony Scott (whose crazily accelerated ADD photography might fit Kavanaugh to a T).

Unless, you know, Bart is misreading the guy and overplaying the stuff about the cops and the melodramatic whatever. I don’t know anything about him personally. I’m just reading Bart’s words and listening to the hums of the Movie Godz, who’ve been keeping tabs on Kavanaugh for three or four years now. 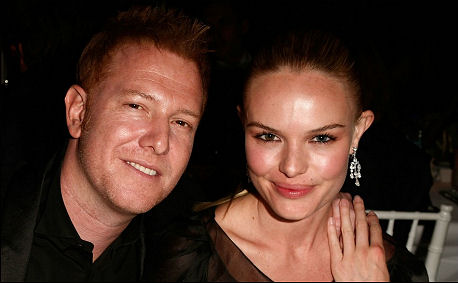 “To many, Cavanaugh is still a mystery figure who manages to deliver large amounts of money to studios to co-finance their movies and whose name regularly appears on executive producer credits of big-budget movies,” Bart begins. “But who is he, and where did he come from?

“Some folks in the industry believe there are two Ryan Kavanaughs — at least two. The first Ryan is a convivial, chatty man who looks younger than his 34 years — an individual who likes to dish about industry intrigues, puts down his own financial accomplishments and can joke about his melodramatic relationships with the opposite sex.

“This Ryan is hardworking but accident prone — witness the fact that, though he’s a moderate drinker, his driving is sufficiently erratic to provoke occasional run-ins with the cops.

“The problem is that this Ryan — Ryan the Kid — can instantly transmogrify into the second Ryan, the Numbers Ryan.

“The second Ryan will suddenly start charting the numbers on a specific film project, summoning up data, weaving an intricate statistical web of revenue streams. This Ryan is a zealously competitive movie maven whose methodology may become esoteric but whose results have been consistently productive.

“As one Hollywood CEO puts it, ‘I don’t always follow his reasoning, and I don’t fully understand how he does it, but somehow he always comes through.’

“Thus while the two contrasting Ryans puzzle people, and catch them by surprise, they have won respect — even fond respect — from a town known for its toughness and competitiveness.

“Kavanaugh himself was all but enveloped by the financial business before he finished college. By the time he was a junior at UCLA, he was already working at the old Dean Witter, and by his senior year he had started a hedge fund — he dropped out with three classes left to complete. 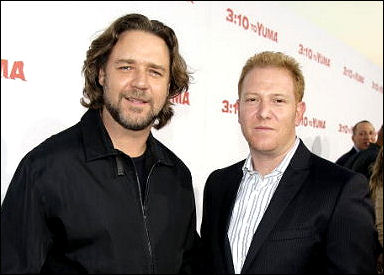 “Kavanaugh comes by his financial cred through his family. His father, German-born, was both a doctor and an MBA and also played a role in several important mergers. He helped create Merck Pharmaceuticals and currently is chairman of a medical company developing drugs to help cure cataracts. He also speaks nine languages.

“His son speaks only two — English and numbers — both fluently.”

Here‘s Jones: “What separates Kavanaugh from most producers is not just that he’s making movies, it’s how he’s making movies. Ron Howard has to wait in the office lobby because, at the moment, Kavanaugh is delivering his own pitch to an author who has written a book that a lot of people want to turn into a movie.

“The author has been making the Hollywood rounds and has spent the last several minutes dropping the names of the famous directors he has met. Kavanaugh counters by telling the author that he, too, knows lots of famous directors — there might even be one waiting in the office lobby — and then he explains to the author why he would be foolish to sell the rights to his book to anyone else.

“That shouldn’t sound revolutionary — it should sound exactly like the point — but Hollywood has long bought much more than it sells. Every year, the six major studios shell out for hundreds, if not thousands, of pitches, scripts, and books, sometimes for millions of dollars a throw; on average, each studio will turn only eleven of those ideas into movies. The rest of all that hope and capital ends up lining shelves and clogging hard drives.

“‘There’s no other industry where that kind of waste would be acceptable,’ Kavanaugh says. ‘I’m not in this for the art, you know? I don’t care about awards. I want to make money. I want to own a business.”

“Since founding Relativity in 2003, Kavanaugh has, by learning from his failures as often as his successes, helped build a new studio model, soaking the guesswork out of movie-making and replacing it with a harder science every step of the way — starting with the idea. Kavanaugh claims that Relativity turns more than 90 percent of the raw material it buys into finished product, an almost ridiculous level of efficiency. 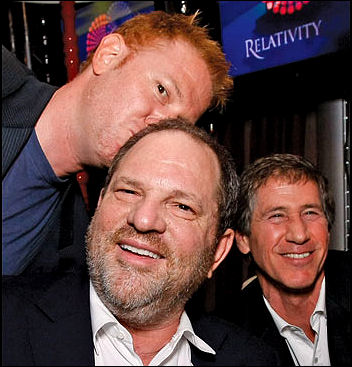 “He tells this to the author, and he tells the author that the real money comes when movies get made, at the back end, and that the author will surely collect later everything that someone else might promise him now, with the added benefit of boosted book sales and seeing his name in big letters on three thousand screens across America and in 110 countries around the world, perhaps even side by side with Ron Howard’s.

“The author finds himself nodding, because Ryan Kavanaugh’s greatest talent is his ability to make other people nod. The author is still nodding when he leaves the office, walking beside Tucker Tooley, Kavanaugh’s president of production. On his way to the elevators, he passes through the office lobby and sees Ron Howard rising from his chair, next in line. He stops, grabs Tooley by the arm, and says, ‘That was Ron Howard.’

“The author looks as though he has witnessed something like a miracle. ‘He wasn’t lying,’ he says.”