“Mankind Was My Business!”

I won’t purchase the new VCI Bluray of Bryan Desmond Hurst‘s A Christmas Carol (1951) until sometime this evening, but the frame scans posted by DVD Beaver’s Gary Tooze look stunning. I’ve written repeatedly that Hurst’s is the most emotionally affecting, the best acted, the spookiest and the most atmospherically correct of all the versions. So it’s great to finally have an immaculate Bluray rendering to have and hold. 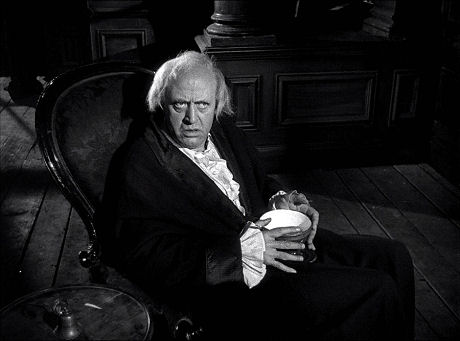 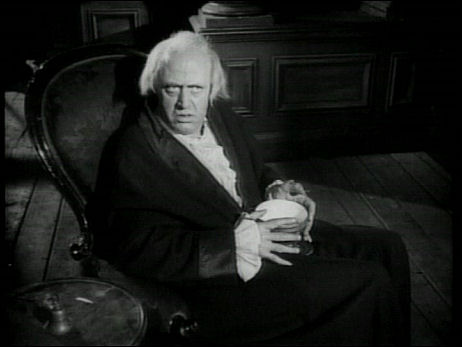 Tooze chose to compare the Bluray to scans of VCI Video’s 1998 DVD, which looked fairly murky even back then. The contrast would have probably seemed less striking if Tooze had comparison-scanned VCI’s 2007 Ultimate Collector’s Edition, which I own and regard as a relatively decent mastering.

It goes without saying I’m much more cranked about this Bluray than the Robert Zemeckis/Jim Carrey version coming out on Friday — no offense. No matter how good this Disney film looks or plays, it can’t hope to match Hurst’s old-London flavoring and the constant sense that the ghost of Charles Dickens might have co-directed, or at least would have given his stamp of approval.