Vanity Fair.com‘s Jason Zinoman recently went the distance with Robert McKee‘s screenwriting course. He was”genuinely hoping to learn about screenwriting,” he writes, “but also, as a critic — and a specialist of horror movies — with a professional interest in McKee’s theories about genre and narrative.” 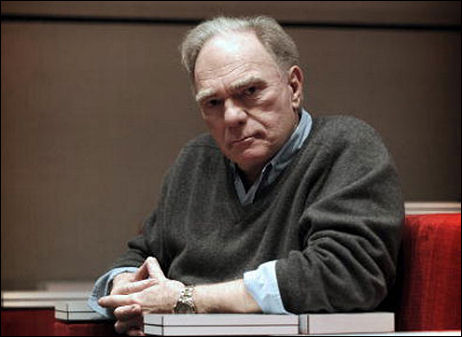 “By the end of the day, I had learned some valuable lessons about show business, the art of persuasion, and the tricky relationship between truth and fiction. I’d also learned that Robert McKee often has no idea what he’s talking about.

“Some people believe that no course can teach you how to write a screenplay, that it just comes out of you, but in my opinion that’s not true. A good teacher can really help writers, and McKee surely has had some success. He’s been criticized for turning the creative process into a series of rules, but this misses the real problem with his course, namely that the rules themselves are often banal and arbitrary. The emperor here is not naked, but he is showing some skin through his loosely tied robe, and when the subject turns to horror, the silky-smooth garment collapses around his ankles.”