I have no interest in watching, much less buying, the new Blu-ray of David Fincher‘s Fight Club because the film itself was always so dark and murky and dreary-looking, as if the final negative was soaked in a vat of cappuccino. 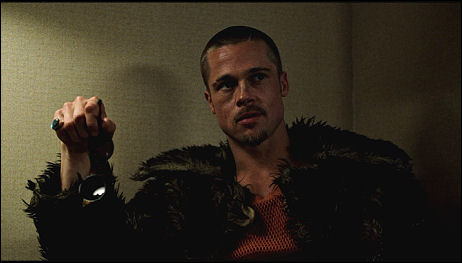 Unlike Anita Busch I’ve always loved what Fight Club was saying about how we all need to act in bolder and braver ways and embrace the real and the feisty and free our souls from the narcotizing effects of corporate branding, etc. And I worship the final shot of the buildings collapsing but I don’t care for (and never will care for) the third-act revelation about Brad Pitt and Ed Norton being one and the same guy.

But to watch the damn thing has never been all that pleasant and so I think I’ll just it go, now and forever. I’ve seen it twice and read the book once, and that’s enough.

DVD Beaver’s Gary Tooze says that given how “this is such a dark film, the improvements in the move to HD are more subtle than one might see in other comparisons we’ve done. However, they certainly exist with the previous DVDs being hazier with a yellow/greenish mask.”

No — not yellow or green as much as coffee brown.

“Grain is very prevalent and blacks are not frequently crushed but I saw a few instances where figures appeared a bit waxy,” Tooze continues. “The visuals have a very artistic and thick look. Just don’t expect to be wowed by the extremely dark visuals. It’s crisp and tight with a frequent absence of light and demonstrative color.” 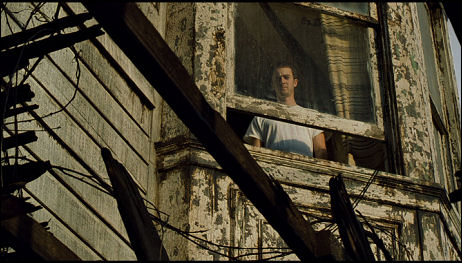