Among the four breakout performances mentioned on 10.30 by the N.Y. Times Karen Durbin, there’s no question who makes the most robust impression and who seems (to me anyway) the most talented, personable and charming — A Single Man‘s Nicholas Hoult, who’s not yet 20. 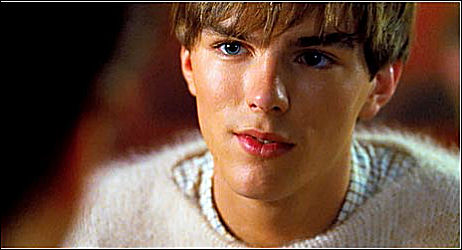 Guys this young rarely have this kind of quietly charismatic confidence. Either way he exudes something that feels steady beyond his years. Focus, discipline, some kind of tick-tocky metronomic thing going on inside. Hoult doesn’t seem to be playing an alert and confident student who talks straight, knows how to handle his feelings, and has the confidence to speak his mind (and heart) — he seems to be this guy. That’s solid acting. Plus he has astonishing eyes and a great smile.

Of course, a lot of what I’m describing is due in part to Tom Ford‘s writing and direction of A Single Man. I’m sure Hoult is capable of seeming mediocre, given half a chance. Who isn’t?

Intriguing as they may seem to others, Durbin’s other three — Up In The Air‘s Anna Kendrick, The Road‘s Kodi Smit-Mcphee and Fish Tank‘s Katie Jarvis — strike me as less formidable, presence-wise, and probably less talented (or certainly less developed) than Hoult.