“I just got back from an aborted IMAX 3D showing of Avatar at the Showcase Cinemas in Ann Arbor, Michigan. Apparently the prime-time showing last night also conked out — an issue in which the sound drops out and then the whole movie shuts down. Showcase guys are claiming that some showings have gone fine, but their prime evening showings on Saturday and Sunday both bit the dust. I’m PISSED because I had reserved prime seats, and hell if I can swing getting back to the theater over the next couple of weeks.” — e-mail from HE reader Doug H., sent five minutes ago.

Three weeks ago James Toback told me that Peter Biskind‘s long-gestating Warren Beatty biography, called Star: How Warren Beatty Seduced America (Simon & Schuster, 1.12.10), had been sent to this and that party. I felt hurt, left out. I’ve known Biskind for years and he knows of my interest in the book (being something of a Beatty-ologist myself), so I figured I’d be sent a copy also. Has anyone read it, written about it…anything? 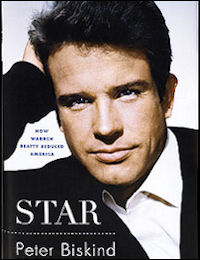 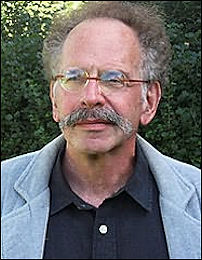 “You know, everybody’s shaking their heads [about Brittany Murphy] and going ‘drugs,’ of course. I don’t know what was happening on the last movie. I know that, you know, she seemed to go through a change, you know, on Clueless. Maybe she felt like she was not the skinny pretty girl…you know?

“And then the next few movies she was…you know, thinner, blonde, you know, at MTV Awards and all sorts of things like that, and going out with Eminem and Ashton Kutcher, and, you know, suddenly got more into that whole glamorous scene. I think she felt the pressure to become a different sort of commodity to survive in show business, and I think it was awful.” — Clueless director Amy Heckerling speaking with Scott Feinberg, in a q & a posted today. (Here’s the sound file.)

On 12.14 I ran a short story on the Weinstein Co.’s Nine luncheon at Per Se, along with some photos. I called it “Nine Is A Ten” but I didn’t explain that the line was a mock-quote fed to me by Forbes.com’s Bill McCuddy, who was joking that CNN’s Larry King (who was also at the luncheon) would eventually pass this quote along to Weinstein Co. publicists about Rob Marshall‘s film. Sure enough, the quote appeared in Friday’s N.Y. Times. McCuddy nailed it before King said it — brilliant. 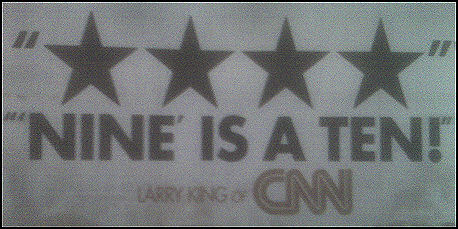 Right away this photo of the late Brittany Murphy and screenwriter husband Simon Monjack (Factory Girl), taken a few weeks ago, tells you something’s wrong. He looks relatively young (in his mid 30s?) but is obviously a food monster. (He looks like Oliver Platt on a binge.) Why, you ask, would Murphy have gotten a lip job at the tender age of 32? Why would they pose for PDA photos at LAX? You can feel the ick. 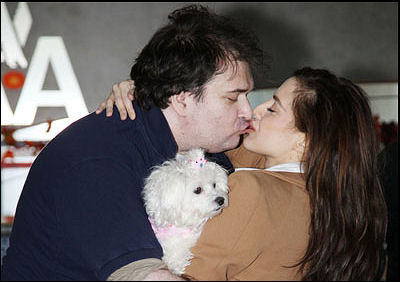 Here’s the AP obit in the NY Times, including a quote from Ashton Kutcher’s tweet on her passing: “2day the world lost a little piece of sunshine. My deepest condolences go out 2 Brittany’s family, her husband, & her amazing mother Sharon.”

Box Office magazine’s Phil Contrino has reported some specifics about how much the blizzard may have dented Avatar‘s box-office in New York, Washington, DC and Philadelphia, where the show was especially heavy. “Grosses in New York dropped 18 percent from Friday to Saturday, Philadelphia was down 57 percent, Washington, DC fell 75 percent and Baltimore dipped 86 percent,” Contrino reports. 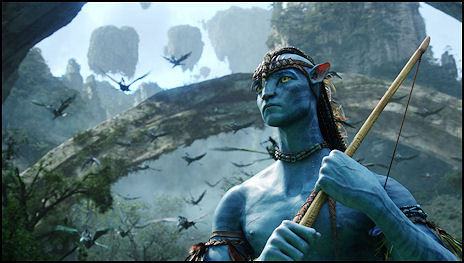 “Brittany Murphy, 32, died early this morning after she went into full cardiac arrest and could not be revived, multiple sources tell TMZ,” the story says. A terrible thing. Ghastly, sad…like a plot turn in a Brett Easton Ellis novel. 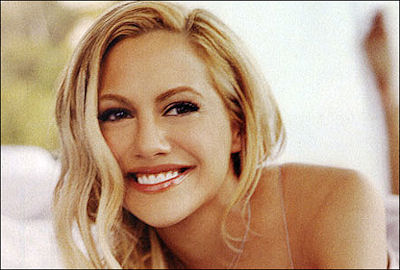 Good God…I met Brittany four or five years ago at Chris McGurk‘s house, at one of his year-end outdoor parties. “Hello…how are you?” she said as we stood by a tiki torch near the backyard pool.

“A 911 call was reportedly made at 8:00 am from a home in Los Angeles that is listed as belonging to her husband, Simon Monjack. Murphy was taken to Cedars-Sinai Medical Center where she was pronounced dead on arrival.”

I’m presuming Murphy died of natural causes. Death happens occasionally to entertainment industry veterans in their early 30s. They’re grooving along and working hard, and all of a sudden they fall over dead. It’s an urban myth that only older people expire due to the body simply giving out. It happens to people of all ages all the time. You can be a neg-head and say younger Los Angelenos tend to die from drug abuse, but HE won’t go there. It’s not compassionate to presume such a thing.

Seriously, I suspect that she died of a withered career. She seemed to fall away from things over the last two or three years. The roles weren’t happening, etc.

Murphy’s best role, I feel, was in Karen Moncrieff‘s The Dead Girl (2006). She was vivid and pistol-hot in Eight Mile (’02) and Sin City (’05), but these were limited sex-bomb roles. Riding in Cars Witn Boys (’01) was more interesting. One of her worst films was Just Married (2003) with Ashton Kutcher. The IMDB says Murphy has three features in post-production — The Expendables, Something Wicked and Abandoned.

9 Comments
Best Not To Laugh

One of my favorite “no laugh funny” SNL skits in a long time. Because the attitude is so ’50s cultish, I suppose, and indifferent to the fact that 98% of SNL viewers don’t know and couldn’t care less who Vincent Price, Ed Wood, Katherine Hepburn, Marilyn Monroe or James Dean were, and therefore couldn’t possibly get the no-laugh jokes. I didn’t even chuckle at the humor — I just sat there stone-faced — but I thought it was funny.

And I don’t know what it is about Andy Samberg doing his Mark Wahlberg-talking-to-animals bit, but this is the thing that will define Wahlberg among joke-tellers for the rest of his life, like “you dirty rat” did for James Cagney and “Judy, Judy, Judy” did for Cary Grant.

If it wasn’t for the big east-coast blizzard Avatar‘s weekend tally would have nudged $80 million, I believe. Or at least made it to $77 or $78 million. Instead the projected domestic figure is $73 million, which is fine. Variety‘s Pamela McLintock is reporting that James Cameron‘s film has grossed $220 million to $230 million worldwide. The domestic tally was the second-best December opening. McLintock notes that “a film normally can expect to gross three times its opening weekend, but year-end films can see multiples of four and five.” Which suggests Avatar could end up in the mid $200 million range or (who knows?) even hit $300 million.

Over the last twelve months 20 winning films opened in theatres, and I’m not sure if people understand this as fully as they could or should. It wasn’t a top-ten year but double that. But yet only three on this list — Avatar, Up In The Air and Public Enemies — have done well at the box-office while the others have had to scramble.

On 11.29 I posted a 2009 sum-up that focused on 13 or 14 peak pleasure films — each with some kind of striking, original-seeming quality and made from deep-seated, rock-solid material — plus four others came close to breathing the same air. With Avatar seen and digested I obviously need to update, and I’m also paying respect to Judd Apatow‘s Funny People, which I left off the list before for reasons that I can’t discern or explain. (I’ve re-used phrases here and there because they’re good enough to repeat.)

We’re talking a new three-way tie between Avatar, The Hurt Locker and Up In The Air. Avatar because it managed to propel a well-structured but familiar story into a super-visual, awe-inspiring, maximum-energy emotional fantasia. The Hurt Locker because it blended a sense of profound existential peril and a completely believable, no-GG, real-world excitement with amazing expertise. And Up In The Air because it’s one of the calmest and most unforced this-is-who-we-are, what-we-need and what-we’re-afraid-of-in-the-workplace movies ever made — and blissfully free of the usual Hollywood bullshit and jerk-offery, and with a kind of Brokeback Mountain-y theme at the finale — i.e., “move it or lose it.”

All 20 films gave me enormous viewing pleasure (even if an isolated aspect of some of these films was the primary provider with other aspects registering or satisfying less than 100%.) or introduced me to some new aesthetic or style or attitude that I hadn’t really absorbed before but which I felt very comfortable with as I left the theatre.