On 12.21 I ran some comments from reputably knowledgable tech guy Al Magliochetti (a friend vouches for him) about IMAX 3D showings of Avatar at Universal Citywalk being slightly out-of-synch. He wrote me again this evening with an update. With a shocker, actually.

“IMAX called me today and said that apparently all of the IMAX digital projectors routinely show 3D films approximately 1/3rd frame out of sync,” Magliochetti claims, “because the projectors are obsolete and can’t keep up with film technology, and James Cameron didn’t know this when Avatar was planned.

And yet the sync/collapse problem Magliochetti was seeing before is considered “normal” for digital projection and can’t be corrected. “It’s not obvious on most presentations because it only shows up in fast lateral motions by either the characters or the camera,” he explains.

“I am told the only fully-synched IMAX 3D for Avatar is on film prints,” he says, “and there are only two venues showing that in Southern California, the closest of which is in Cathedral City. The best place to see Avatar in digital 3D is at The Bridge or at the Burbank 16 — apparently both of those theaters have top-notch projectionists who actually know what they’re doing.

“I am told there’s some non-IMAX film projections in town (at the Arclight, among other places) which will be in perfect sync, but I have yet to confirm which theaters project in this format.

“Apparently the Universal Citywalk IMAX is ‘the most poorly run IMAX theater in the LA circuit,’ I’m told. The IMAX guys claimed they ‘constantly have to go in there’ to check on their problems, which includes an incident last Thursday when the projectionist apparently neglected to use the dust-cleaner properly, causing the IMAX projection to clutter up with dirt through the entire screening.” 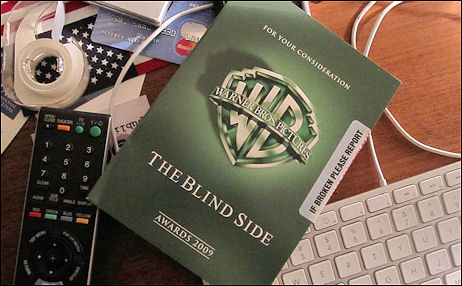 The making and promotion of Che, says director Steven Soderbergh, “made me consider the issue of whether movies matter or not anymore…at all. I think there was a period when they did matter, culturally. I don’t think they do anymore. So that added to this sense of ‘what was the point’ of eight years of work when movies have become so…disposable, and don’t seem to be…there aren’t many opportunities for them to be taken seriously the way they were in the late 60’s and 70’s here in the United States.” 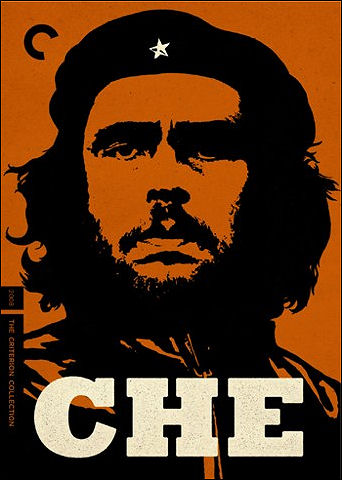 “I guess the point of some art is to illuminate. I guess. I just don’t see any evidence that [this is] happening [now]. Or, you know, it happens for ten minutes and then, you know…everybody’s thinking about where they wanna go eat.” — from the making-of documentary on the forthcoming Che Bluray, which has been reviewed by HE’s Moises Chiullan (i.e., Arthouse Cowboy), in a piece called “Patience Rewarded.” The Che Bluray is out on 1.19.10.

Gerritt Graham‘s cameo performance as Beef, a coke-snorting rock singer, in Brian DePalma‘s Phantom of the Paradise (1974) was perhaps the first out-there parody of a rock-industry cliche — i.e.,, the over-indulged infantile celebrity. Graham was hilarious, and was just as remarkable five years later in Robert Zemeckis‘s Used Cars. It would be nice if the Paradise Bluray, currently available in France, would be released domestically. 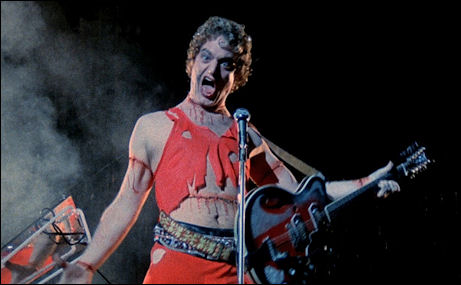 Film critic Robin Wood‘s Hitchcock’s Films was the second in-depth analysis of the films of Alfred Hitchcock that I read as a young lad. (The first was the legendary Hitchcock/Truffaut.) This brave, passionate essay went out on a limb by taking seriously the films of a director who’d been regarded his whole career as a kind of droll comedian. Wood instead saw a series of films rich with perception, shadows, moral ambiguity and profound echoes. 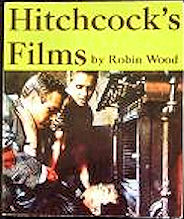 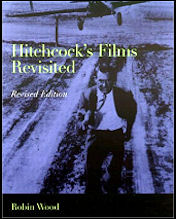 Wood was a huge influence; he’ll always be in my pantheon of critics. He died last Friday, but the N.Y. Times obit didn’t happen until today.

So where are Tuesday’s Avatar box-office figures? It’s 7:40 pm eastern…hubba-hubba. Yesterday’s surprising $16,385,820 — unusually strong for a Monday — indicated something extraordinary going on. It was at $93,411,301 last night after four days. It’s almost certainly topped $100 million by this evening.

I’ve been dwelling more and more on Barack Obama‘s failure to stand up and be the new FDR or Lyndon Johnson, and yet I felt a surge of hopeful-positive when I saw him on the tube yesterday. Illogical, but my heart wanted what it wanted. Our natural inclination is to give people who’ve let us down another chance. It’s built into our genes to reconsider, and we’re taught to do this by the metaphor of waking up every day and taking a shower, washing off the crud. Don’t be foolish and watch out for the b.s., but always refresh the page.

Which is why I believe that the worst people on the planet, apart from serial killers and child molesters and genocide perpetrators, are those who refuse to refresh their attitudes — who wake up and say, “I remember what happened yesterday or last week or ten years ago, and I will hold onto that memory for the rest of my life. I know things by their right name, and you won’t fool or wound or disappointment me again…rowwrrrr.” We all know that people tend not to change after a certain age and that abusers are chronics and vice versa, but you have to give people a chance to redeem themselves regardless. It’s cowardly — the philosophy of Ebenezer Scrooge — to live in a state of over-protectment.

I haven’t seen a film with a mostly African-American audience in my entire life — not once. That’s partly because I prefer seeing films in the company of elite film-Catholics like myself in my neck of the woods (and preferably in private screening rooms), partly because I don’t like seeing mass-market movies with regular ticket-buyers because they make too much noise with candy wrappers and go to the bathroom too much and bring their noisy-ass kids, and partly because of the legend of urban audiences always talking back to the screen is still with us, whatever the truth of it, and I won’t have that.

And yet I’ve heard some good stories about urban audiences giving it back to certain films in hilarious ways. LexG’s recent tale about having to suffer through Avatar with Scatman Crothers sitting next to him took me back to one I heard 30 years ago. It came from actor Keith Szarabajka, about seeing Ridley Scott‘s Alien with a talky crowd somewhere near 110th Street in Manhattan.

The moment arrived when Sigourney Weaver, knowing the big alien would get her sooner or later, was about to make her getaway in the small space pod attached to the Nostromo. And then she realized she’d forgotten her cat, Jonesy, and began to creep back into a scary part of the ship to find him. The audience moaned at first, and then flat-out revolted. It was “ohh, girl…whatchoo doin’? A fuckin’ cat? Get the fuck outta there …get your motherfuckin’ ass outta there! Fuck the cat! FUCK THE CAT!!”

A guy who apparently doesn’t know his way around asked this morning if I’ve ever seen a DVD of Mark Rydell‘s The Fox (1967). I told him it’s available through Warner Achives. The fact that it’s a mediocre film, I explained, is why it hasn’t been available for so many years. He wanted to see it anyway, primarily, I suspect, because of the film’s carnality, which is spare but intense by way of Anne Heywood. One look at this clip and you’ll be dissuaded for life.