An Up In The Air spoiler was posted by an HE talk-backer a while ago. I got rid of it, but not before considering what the guy was saying, which is that an audience he saw it with was a bit deflated by the downish finale and not applauding at the end, etc. Well, I don’t think audiences applauded at the end of The Godfather, Part II either. 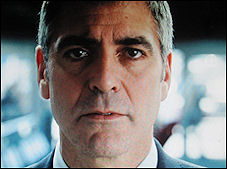 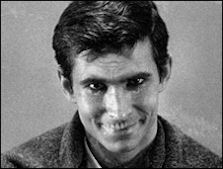 George Clooney’s last shot in Up In The Air; Perkins’ in Psycho.

Up In The Air is a close-to-the-bone thing to anyone who’s struggling in the job market, or who lives in an overly-protected emotional space. I know it isn’t intended to end on a note of celebration or exuberance. It’s not a movie for snack lovers. It’s on the Eloi-repellent side.

That doesn’t mean that the above-described audience didn’t feel they’d seen something emotionally or spiritually complete. The fact that Up In The Air ends on a note of wistful melancholy — director Jason Reitman doesn’t dwell on George Clooney‘s expression at the very end, but it’s almost as arresting in its own way as the skull on Anthony Perkins‘ face in the final seconds of Psycho — is what makes the film so unusual. The film is selling a kind of comfort food, yes, but an oblique kind that can’t help finding satisfaction in the sending of mixed messages. It’s not selling the kind of comfort that many people go to movies for, I know that. This is why I respect it.