Chris Morris‘s Four Lions, a comedy about suicide bombers, is set to screen in Sundance 2010. Morris and In The Loop creator Armando Iannucci used to be allied or partnered in some comedic fashion. So figure that Four Lions is 2010’s In The Loop, or…you know, something in an Islamic-doofus vein. 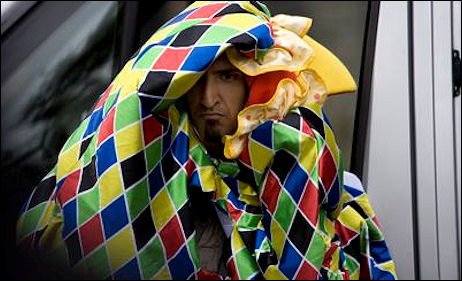 In preparation Morris reportedly spoke to” terrorism experts, imams, police, secret services and hundreds of Muslims.” A statement from Warp Films says that the film “understands how terrorism relates to testosterone. It understands jihadis as human beings. And it understands human beings as innately ridiculous.”