By the usual spitball standards, here are some of the new Sundance 2010 standouts — premieres, spotlight, midnight, etc. — that were announced a couple of hours ago. The coolest-sounding are Floria Sigismondi‘s The Runaways, the Joan Jett/birth-of-’70s-girl-rock biopic with Kristen Stewart and Dakota Fanning, and Untitled Duplass Brothers Project, which co-director and co-writer Mark Duplass confided last summer will almost certainly not be called Please Don’t Fuck My Mom. 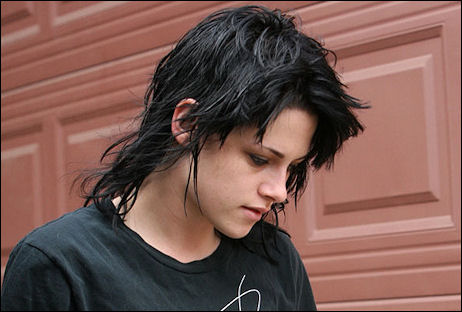 Kristen Stewart as Joan Jett in Floria Sigismond’s The Runaways

Aaron Schneider‘s Get Low (Sony Classics, previously at Toronto), an offbeat story of a mysterious ’30s hermit who schemes to stage his own funeral while still alive.

Nicole Holfocener‘s Please Give (Sony Classics), about a New York City husband and wife who come into conflict with the granddaughters of the old woman who lives next door. Amanda Peet, Oliver Platt, Rebecca Hall, Catherine Keener and Sarah Steele.

World Premieres (Some of Which Have Premiered Before)

Reed Cowan‘s 8: The Mormon Proposition, which looks into the role played by the Church of Jesus Christ of Latter-day Saints in promoting and passing California’s “Proposition Hate” against gay marriage.

Adrian Grenier‘s Teenage Paparazzo, about how “a photo taken of the actor by a 13-year-old boy prompts an examination of the effects of celebrity on culture.”