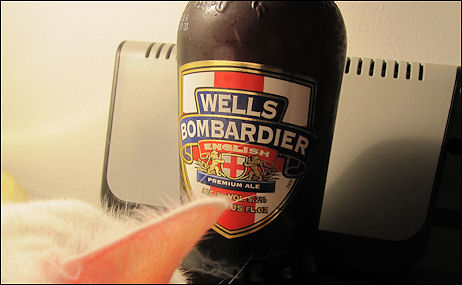 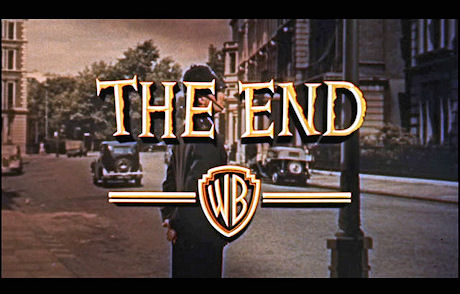 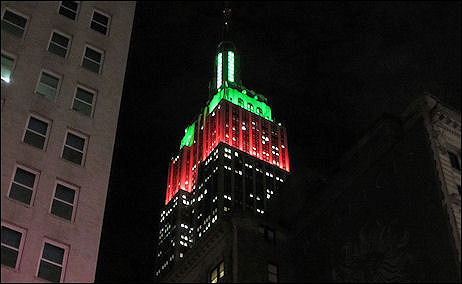 An Education, three Weinstein films, District 9 and In The Loop — all allegedly ineligible for WGA awards.

After the preceding appeared I heard from a guy who tends to know stuff, to wit: “You are probably already aware of this but just in case you weren’t, Disney-Pixar’s Up is unfortunately ineligible for DGA and WGA awards because the filmmakers are not signatory members of either guild.” I know nothing for sure. Looking into this as we speak.

A person going for the second hug is always a sure sign that they’re tipsy. For what it’s worth, I don’t think this embarassment is any kind of mark against Precious. Because for me Mariah Carey‘s performance is the best thing in it. If she was nominated instead of badass Mo’Nique, I’d be all for it.

Think about it — small-theatre marquees with hand-placed letters are nearly dead. They’ve been gone for years in American small towns, and it won’t be long before they’re gone from the big cities also. You can feel the lore of cinematic romance when you stand under a funky old marquee. I don’t know what others feel when they stand under an electronic moving-word sign outside the Lincoln Square plex on 68th Street, but I feel nothing. It’s a damn shame. 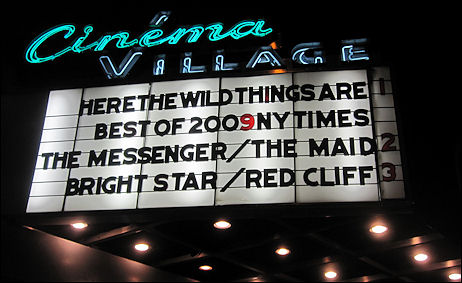 Variety‘s Clifford Coonan is reporting an exceptional reception for Avatar in China, which he says is causing “massive ripples.” Filmgoers saw it record numbers despite “the worst weather in half a century in parts of the country,” he says. He reports that James Cameron‘s film has “struck a chord with local auds because of the way it deals with people being forced to move from their homes — a big issue in China where land grabs by unscrupulous real estate developers, aided by corrupt officials, are a national scandal.”

Like Marshall Fine and other aficionados sadly burdened with a sense of taste, OK Magazine‘s Phil Villarreal hates Leap Year also. That’s okay because you have to hate some things in order to love others. Francois Truffaut once said that “taste is a result of a thousand distastes.”

“There is one moment of hope near the end of the movie,” he writes, “after the idiot lead character, Anna (Amy Adams) faces a severe disappointment in a small Irish town, then high-tails it to a jagged cliff. It’s here that hope finally arises that Anna will come to her senses and live up to the title by taking a header off the cliff in an effort to atone for her sins of being the stupidest idiot alive and leading the audience through 90 minutes of her drudgery-inducing hunt for someone, anyone — maybe even anything — to marry her.

“You won’t hear it from me whether or not Anna jumps off the cliff or turns around to be swept up by Matthew Goode in an embrace of doom. But I will say this: Just once, Hollywood, could you give us a happy ending?”

I got into a scuffle this morning with HE reader “Bob Violence” over a remark I made about Vince Vaughn needing to lose 30 pounds. Violence took the remark as another expression of what he and others regard as a longstanding HE prejudice against people of girth. As this incorrect and fat-headed observation keeps coming up, I thought I’d try to damper it down.

I’ve never said there’s anything inherently distatsteful about fat people per se. Ever. Millions of people are simply built that way through genetic inheritance. What I’ve said is that there’s something inherently gross about morbidly obese people. I also have a slight side-issue thing with adolescents and teens and 20somethings who are fat because they’ll eventually turn into out-of-control Jabbas when their metabolisms start slowing down in their 30s.

Vaughn isn’t obese (yet) but for an actor with pretensions toward being an attractive lead male type, he’s getting too fat to pull it off. Especially if he’s going to be in a Ron Howard movie about infidelity, which means he has to look like a guy who has the ability to score every so often. It’s an Absolute Hollywood Law that if you’re going to play someone involved in sexual-romantic activity, you can’t look like a beast.

One look at Vaughn’s appearance at the Couples Retreat junket and you thought, “Jesus Christ, this guy needs to lay off the pizza and the pasta and work out more.” He’s not pulling in the big bucks in order to play motor-mouthed water buffaloes — he’s being paid the big bucks to play hyper, motor-mouthed, ESPN-loving, video-game-playing guys who are fit and semi-attractive enough to pair up with women like Jennifer Aniston (Teh Kreak-up), Isla Fisher (The Wedding Crashers) and Malin Akerman (Couples Retreat).

Do you remember what Vaughn looked like in Swingers in the mid ’90s? He was Jimmy Stewart in Destry Rides Again. Then he became the bulky but still appealing Wedding Crashers guy. Now he’s on the verge of a third incarnation — total Jabba/sea lion/Orson Welles.

Large-boned, barrel-chested, man-boob guys hook up with perky, small-framed, button-chested women all the time in real life, but flatulent wildebeests generally don’t do as well in this department. 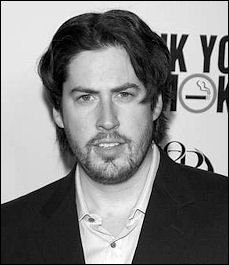 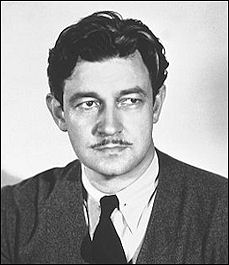 Female moviegoers “have an insatiable appetite for unfunny romantic comedies about opposites, who attract after first repelling each other,” writes Hollywood & Fine’s Marshall Fine. “And Hollywood has a bottomless pit of this drivel from which to feed that gaping, witless maw – with films like 27 Dresses, The Ugly Truth, New in Town and now Leap Year. Women of the world — unite against brain-dead chick flicks!

“Written by the dread team of Deborah Kaplan and Harry Elfont (Made of Honor, Josie and the Pussycats, The Flintstones in Viva Rock Vegas), Leap Year stars Amy Adams as Anna, a control freak from Boston who, in the early scenes, is disappointed when her drippy doctor boyfriend (Adam Scott) fails to propose marriage at a ripe moment

“So she takes the advice of her ne’er-do-well father (John Lithgow, in a one-scene role): She flies to Dublin to surprise Dr. Dud at a medical conference on Feb. 29. There, she’ll utilize the Irish custom that allows women to propose to men on Leap Day.

“Just one problem (and, of course, there wouldn’t be a movie if there wasn’t a problem): Bad weather diverts her plane from Dublin to Wales, forcing her to rent a fishing boat, which drops her at a remote village on the opposite side of Ireland from Dublin. There, she and Declan O’Callahan (Matthew Goode) meet cute when she walks into his pub and hires him to drive her to Dublin.

“For a variety of comedically shaky premises that are not as funny as someone (director Anand Tucker? Kaplan and Elfont? A mentally challenged focus group?) seems to think, it takes them almost three squabbling days to traverse a country the size of the state of Pennsylvania. Watching this film seems to take even longer than that.

“I think Goode has the goods as an actor and a movie star. His presence and charm make him natural and likable, even when he has nothing to do but look askance at Adams (which is most of the film).

“Adams, on the other hand, flits desperately around the screen, seeking in vain for some bit of wit to cling to. She’s in over her head, sinking with bad material that can’t buoy her. She needs to find a support group for actresses whose careers are in danger of foundering from the inability to find decent scripts.

“Leap Year is the kind of movie of which I wish I could say, ‘You couldn’t pay me to watch that crap.’ Obviously, however, you can — but not nearly enough.”