Four days ago the smoking-in-movies issue returned for the 37th time. It started with Stanton A. Glantz, director of the Center for Tobacco Control Research and Education, bitch-slapping Avatar for Sigourney Weaver‘s character being a chronic smoker. Then New York‘s David Edelstein suggested that movies with cigarette smoking should get an automatic R rating. Then David Poland said “what?” And then Movieline‘s Stu Van Airsdale jumped in. 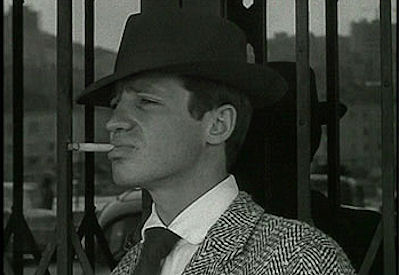 I’ve said this so many times it’s coming out of my ears. People should be free to do anything they want of a self-destructive nature — cigarettes, booze, compulsive eating, coke, heroin — as long as theykeep it to themselves. And actors should be free to do anything they want that will make a performance connect. But smoking has lost its coolness, and actors who lean on it repeatedly or compulsively are boring, and I’m starting to say “fuck ’em” when they pull one out and strike a match.

Here’s how I put it two and a half years ago:

“The only people I know in real life who smoke are (a) young and courting a kind of contrarian identity, (b) older with vaguely self-destructive attitudes, and in some cases beset by addiction problems, (c) serious party people with unmistakable self-destructive compulsions and tendencies, and (d) life’s chronic losers — riffraff, low-lifes, bums, scuzzballs. Cigarette smoking used to be extremely cool but no longer, and that goes for actors in movies too.

“All the above associations seem to kick in every time sometime lights up in a film, and it’s gotten so that I don’t want to watch characters in movies smoke at all. Unless it’s a period film or unless they look extremely cool doing it (a la Robert Mitchum in Out of the Past or Jean Paul Belmondo in Breathless), but very few actors have that ability.

“I smoked for years and years but I don’t any more, and I don’t like the way cigarettes smell unless I’m in Europe. (It’s different over there). Smoking isn’t outright suicide but it’s the next thing to it, and every time someone lights up in a movie it half-pisses me off and makes me think negatively about the film in general, especially if this or that actor smokes all through the movie and looks and acts like a lowlife.

“I think the sun has really set on the sexiness of smoking in movies, and I’m starting to think that actors who light up all the time in front of the camera are second-raters.”