I’ve done some reading, heard some things, tossed some stuff around and finalized my essential Sundance 2010 must-see list. It comes to 26 films. Divide this by nine days, add the two or three surprises that always pop up, and then subtract five or six due to conflicting schedules, fatigue and occasional evening parties and I may see 23 or 24 films…but more likely 20. 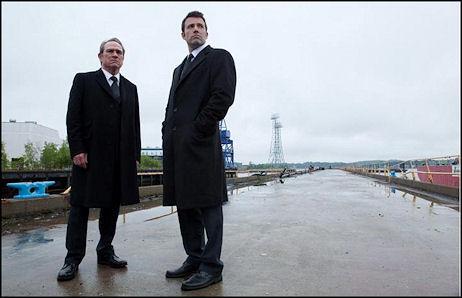 If a film shows at a major venue (Library, Egyptian, Eccles, Prospector) during the first three or four days, it’s a hot prospect and at least a pretty good film. (Probably.) If it hasn’t been slated to show within this window, caveat emptor. It’s really that simple, and this is the festival programmers talking, not me. They always frontload the festival with sexy/interesting good stuff so that the buyers can get their business done and leave by Tuesday. Same deal every year

2. Eric Mendelsohn‘s 3 Backyards. HE comment: Said to be a good script. If Edie Falco is in it, then it must be half-decent. First public showing: Sunday, 1.24, 8 pm, Racquet Club.

6. Amir Bar-Lev‘s The Tillman Story. HE comment: Go to the thing I wrote four days ago. First Park City public showing: Tuesday, 1.26, 8:30 pm, Park City Library. (A Tuesday night showing is a little outside the realm of buyer coolness. Are Sundance programmers hinting at something?) 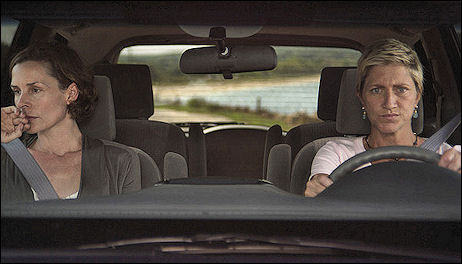 11. Vincenzo Natali‘s Splice. HE comment: I go to Sundance to forget about CG weird-life-form movies, not see more of ’em. Forget it — unless the word is extraordinary. Part of the Park City at Midnight series. In a pig’s eye.

17. Adrian Grenier‘s Teenage Paparazzo. HE comment: I’m getting a slightly icky and insubstantial feeling from this. And yet Grenier’s last doc, which dealt with a search for his absentee father, was quite good. Honestly? If every last teenage paparazzo on the planet earth was to suddenly die, I would not go into grief spasms. First Park City public showing: Friday, 1.22, 5:15 pm, Racquet Club. 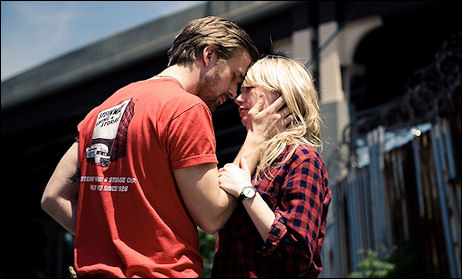 18. Davis Guggenheim‘s WAITING FOR SUPERMAN. HE comment: Nothing except that Guggenheim did well with An Inconvenient Truth so whatever. First Park City public showing: Friday, 1.22, 5:30 pm, Prospector Square.

23. Derek Cianfrance‘s Blue Valentine. HE comment: Relationship drama of some mild interest because of Ryan Gosling and Michelle Williams, but I’m not holding my breath. I don’t know why I just said that. First Park City public showing: Sunday, 1.24, 3:15 pm, Eccles.

24. Josh Radnor‘s Happythankyoumoreplease. HE comment: “Six New Yorkers negotiating love, friendship and gratitude when they’re too old to be precocious and not yet fully adults.” I smell a mumblecore movie. If so, why don’t the notes just say “mumblecore movie” instead of futzing around? First Park City public showing: Friday,1,22, 12:15 pm 12:15 pm, Eccles.