“I had to laugh after I saw Creation at the Toronto Film Festival last fall,” writes Marshall Fine, “because I’d read speculation in the press that the reason it was having trouble finding an American distributor was its controversial content. 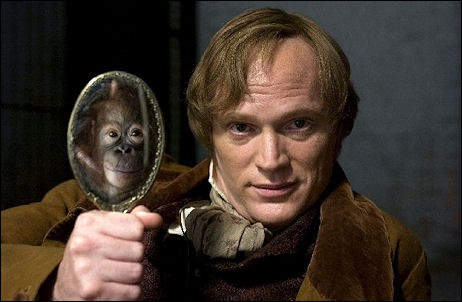 “As if this weak-tea, droopy-drawers drama had a scintilla of anything that might be mistaken for controversy squirreled somewhere within its overlong running time. Perhaps I dozed through that part.

“What most people were too polite to say was that Creation (1.22.10) is a colossal snooze, a drama allegedly about a hot-button topic — Darwin’s theory of evolution — that buries its most interesting material beneath a mountain of sudsy and dreary psychodrama that’s not all that dramatic.”