The Catfish buzz has been pretty strong, perhaps too much so. I saw it today and found it engrossing and certainly reflective of cyber-culture relationship intrigues, but I wasn’t exactly levitating out of my seat. I also found it a bit curious — the film’s depiction of hinterland culture reveals elements of delusion that suggest echoes of American kookery unbound. 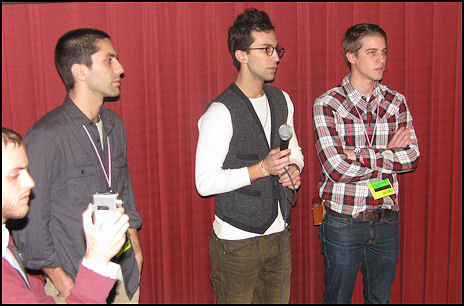 Village Voice critic Amy Taubin felt a lot more than that — she was quaking with rage in the lobby after the q & a, calling Catfish a “disgusting” sneak-attack job on an unsuspecting subject. (I can’t reveal the particulars or I’ll spoil the doc’s surprise.)