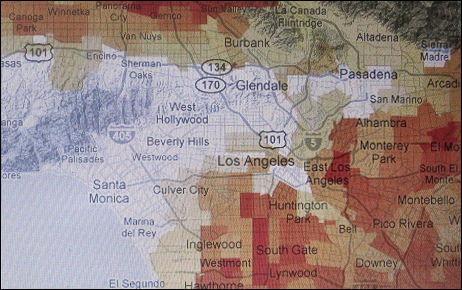 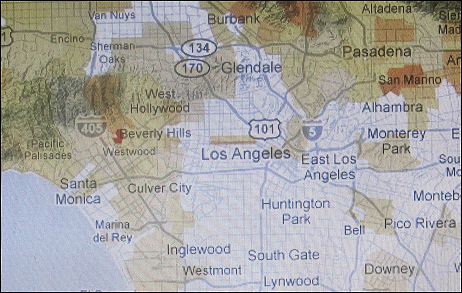 Los Angeles Netflix rental patterns for Mamma Mia. This was a hugely popular film with female Eloi all over, and yet the only dark red area is a tiny little spot in Beverly Hills. What does this tell us? That the largely female audience decided it had to be seen communally in theatres, but that it didn’t like the film enough to want to see it again in their homes? Except for women in Beverly Hills? Odd.