In the first post-Globes Oscar projection chart, And The Winner Is columnist Scott Feinberg has put James Cameron‘s name at the top of his list of Best Director Oscar-nominees (and with a little electric-green arrow next to his name) because he won the Golden Globe Best Director award last night. Stop that, Scott! And all the other giddy-golly Globe rebounders — cool your jets, please. 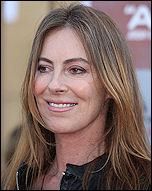 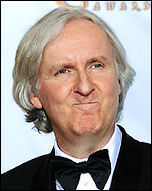 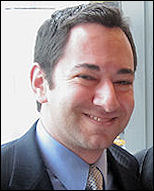 The Golden Globes are a bellwether of nothing except ethereal mood and easy-lay emotionality expressed by a group of pseudo-journalist whores for the most part, so chill down and take a breather and a sip of water.

Cameron may wind up winning the Best Director Oscar as a gesture of serious respect for the visionary craft that went into Avatar as well as an expression of community gratitude (i.e., the feeling that Avatar‘s tremendous worldwide success has given the industry a shot in the arm and changed the tentpole game with 3D). The Globe win reflected this feeling, I’m presuming. It was also about fellating a huge financial success. As Ricky Gervais inferred last night, money and glamour-power have always mattered a great deal to the HFPA membership.

The bottom line is that the voters and the voting that led to Cameron winning the Best Director Golden Globe are not widely or even marginally respected. In and of itself the Cameron award meant very little, and Feinberg knows better than to suggest that Cameron has some sort of headwind now. God, that little green arrow!

The Best Director Oscar is still Kathryn Bigelow‘s to have and to hold because (a) in a very real sense she accomplished as much with The Hurt Locker as Cameron did with Avatar, having singlehandedly and against tough odds created a high-throttle hammer-punch movie with its own sense of place and identity and its own special soul, only with much less money to throw around, and (b) because history and culture demand that a woman — who happens to be a formidable kick-ass director under any sun and by the standards of either gender — should win the Best Director Oscar this year, and in so doing become the first woman to be so honored in motion-picture history.

Enough with the kneejerk kowtowing to the current Big Cheese Alpha Male director of the moment…Bwana Bwana save us Bwana…thank you for bringing so much manna into our industry. Bigelow is the real Bwana — she is the embodiment of work-it, never-say-die, get-it-done and get-it-right despite the hardships. Every talented director who has had to push it to the limit and work 19-hour days without a net knows (or suspects) what Bigelow had to do to get where she is today, and how it must feel to be right on the precipice.

The visual-aural impression of Cameron’s name having been called out last night and his delivery of a gracious thank-you speech does, I admit, pass along a sense of superficial heat to Cameron/Avatar. But the opinions of 90-something foreign journalists (some of whom barely merit the name) who belong to a weird-ass exclusive club that wasn’t, at last glance, representing a wealth of world-class publications don’t mean squat.

As Sharon Waxman wrote two years ago, “Joining [the HFPA] is nearly impossible. Qualified foreign journalists from major media outlets need not apply and, anyway, they usually don’t. The group takes five new members a year at most, and any member can veto a candidate. With attrition from deceased members and those who failed to meet the work minimum, this year no more than 82 people will choose the winning movies and TV shows.” (That number stood at 95 last year, and is today presumably in the same ballpark.)

“Compare that to the Academy of Motion Picture Arts and Sciences, which has about 6,000 members,” Waxman concluded.

Indeed. And then tell Feinberg and Dave Karger and all the other ping-pong-ball prognosticators who’ve been predicting a Cameron Best Director win (Pete Hammond, Michael Musto, Ed Douglas) to settle down and use a little perspective.