Yesterday ESPN.com columnist Bill Simmons (a.k.a. “The Sports Guy” in ESPN magazine) posted the most bluntly and enjoyably written reviews I’ve read anywhere of 2009’s two most attention-getting sports films — Invictus and The Blind Side — although his ’09 favorites (which he riffs on briefly) were Sugar, Big Fan and The Damned United. 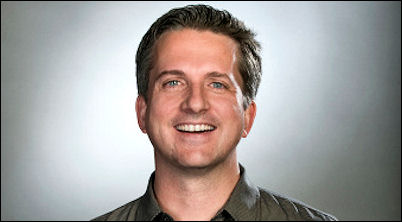 Excerpt #1: “Invictus‘s first problem was making Nelson Mandela the movie’s lead character in a misguided attempt to be an important film that transcended sports. Sure, Morgan Freeman nailed the difficult accent as well as the dignified, congenial way Mandela carried himself. But isn’t Freeman always dignified and congenial? This was like watching Red walk around Shawshank with better clothes and a cooler accent. I just couldn’t get past it. Hiring Freeman to play Mandela was too easy — like getting Omar Epps to star in the Mike Tomlin story or something.

“Plus, the same qualities that made Mandela such a wonderful human being prohibit him from being a compelling movie lead. Freeman plays Mandela correctly as a proud man with a huge heart. He speaks softly, in something of a stilted monotone. He keeps smiling and inspiring people despite all the horrible things that had happened to him, except he wasn’t a commanding presence who brought a room to life like, say, Martin Luther King Jr., or even Herm Edwards. There was nothing to figure out about him, no surprises coming, no layers that needed to be peeled back. He was just a great and understated man.

“Hollywood knew this, the filmmakers knew this, and they couldn’t figure out how to translate Mandela to the big screen for two hours. What they should have done was build Invictus around the rugby team, made it a sports movie, and then made Mandela a supporting character for effect. Ideally, we would have seen him five or six times at most to maximize his presence (like how Jack Nicholson was used in A Few Good Men), so every time he appeared on screen, it would have felt powerful and substantial.”

Excerpt #2: “I never thought that Sandra Bulllock, the Nolan Ryan of chick flicks, could carry a sports movie. Wrong. She owns every scene and hasn’t been this likable since 28 Days. Even better, she exhibits the same Southern sassiness/sexiness that Julia Roberts didn’t have in Charlie Wilson’s War. It’s worth seeing this movie just for Bullock. She out-Juliaed Julia.”

Excerpt #3: “Because Hollywood doesn’t get analyzed like sports — we don’t create complicated statistics to evaluate careers or even use recent history to determine whether someone is better or worse than the general public might think — our perception is that Clint Eastwood is one of the best directors.

“Within Hollywood circles, his directing is legendary for a different reason: Eastwood bangs out expensive movies under budget and ahead of schedule. Doesn’t shoot a ton of takes, doesn’t drift from the script, doesn’t waste afternoons waiting for the sun to set just right, stuff like that. He’s the most efficient director working today. Because we like him personally, he gets more credit than he deserves and a free pass every time he makes a clunker. By all accounts, Eastwood bangs out a project, takes a few weeks off, then bangs out the next one.

“So how can we call him a great director? Or even a good one? Is efficiency the best trait for directing? Think of the time James Cameron spent creating a 3-D world in Avatar or Jason Reitman spent crafting Up in the Air. then ask yourself this question: What would have happened if Invictus had been driven by someone with that kind of passion? Potentially, it would have been one of the greatest sports movies ever made, right?”