A Monkey Bar party happened earlier this evening for Robert Kenner‘s Food, Inc., one of the five nominees for Best Feature Documentary Oscar. It’s presumed that the only real competition it has is Louie Psihoyos‘ The Cove (or vice versa), so it made sense for Magnolia Pictures, Food, Inc.‘s distributor, to hype things up a bit. 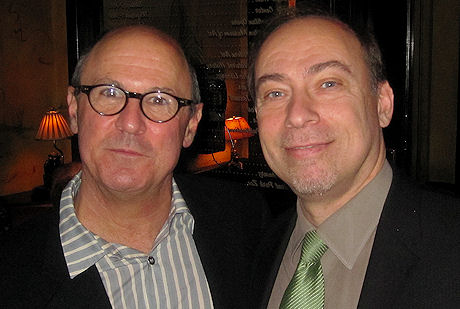 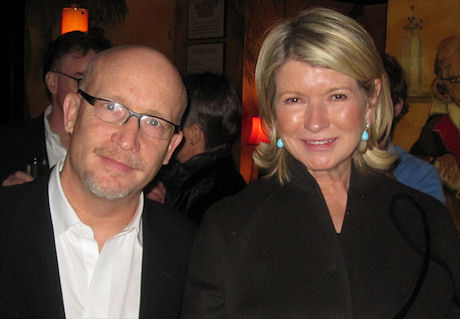 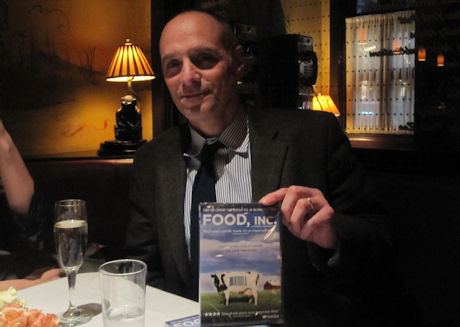 Peggy Siegal handled the guest list. Kenner attended along with Eric Schlosser, author of “Fast Food Nation” (which Food, Inc. is based upon), and foodie maven Martha Stewart, an admirer/supporter who’s hosted several screenings of the film, she told me. Plus the usual array of filmmakers, Academy members and journalists like myself.

The accent was on healthy good, of course. The only unhealthy things served were mini-hot dogs inside toasted mini-croissant buns. The hors d’oeuvres were all-around delicious.

I haven’t written about Kenner’s doc since last June, but I strongly approved when I did.

I never went along with the general Zoe Kazan infatuation, which started with her Revolutionary Road performance, and I can feel myself pulling further away with each successive turn. She seemed irritatingly flighty in It’s Complicated (especially with the texting), and excessively coy and mannered in Happythankyoumoreplease, which I hated at Sundance. And now I don’t know if I even want to watch The Exploding Girl (Oscilloscope, 3.12) after watching this trailer. She isn’t done — she just has to get past what she’s been doing.

Thanks to HE reader Jake Hughes, a Bay Area resident, for taking an hour or so to throw this together. A little weird but I can handle it. Much appreciated. 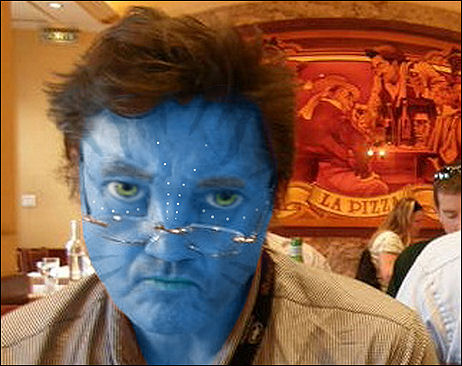 My interest in Toy Story 3 (Disney, 6.18) has mainly to do with the Pixar honchos having hired Michael Arndt, the Oscar-winning screenwriter of Little Miss Sunshine, to do the script. I’m therefore expecting a certain snarky urbanity and sardonic flavor. In short, the good old double-track deal (i.e., appealing to kids and hip adults) that the best animated features achieve. The director is Lee Unkrich.

The Jeff Bridges of legend posed during Monday’s Oscar luncheon with his fellow Best Actor nominees. But the portrait in the current Time magazine is…well, the word has to be Luciferian. 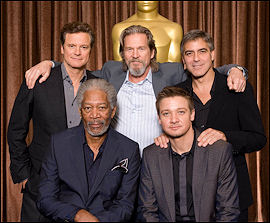 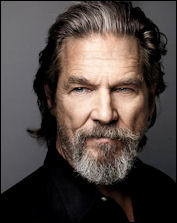 Zentropa producer Peter Aalbaek Jensen has told Screen Daily‘s Geoffrey Macnab that he’s “seen it [the story] in the Danish film magazine” about the rumored Martin Scorsese/Lars von Trier remake of Taxi Driver and “what is written there is not true.” Jensen confirmed that the directors had met at the Berlin Film Festival, but that the remake story is “rubbish.”

Marlon Brando‘s decision to briefly pause between the words “to” and “fight” in this clip constituted the only moment of wit or subtlety in an otherwise bombastic and broadly emphatic film. Which I’d nonetheless like to see on Bluray some day. Warner Home Video has already mastered for HD-DVD — why not just offer it on Bluray? All 70mm and VistaVision films of the ’50s and ’60s need to turn up in this format, even the somewhat mediocre ones.

The above-quoted dialogue can be found at 6:24.

I’ve been punched, kicked and spat upon, but never face-slapped. I take that back — a pretty blonde who’d had a few drinks slapped me during a high-school party once. But that was eons ago. I suspect that face slaps are mainly a movie thing because they look and sound highly dramatic. I don’t believe people actually slap each other in real life. I’ve almost never seen it happen, nor have I ever heard of it happening.

That said, this clip from Charley Varrick is one of strangest slap scenes of all time.

7 Comments
Time Upon The Stage

A quote from Leonardo DiCaprio in the current Esquire goes hand in hand with the Roger Ebert profile, if you think about it: “When I was eighteen, River Phoenix was far and away my hero. Think of all those early great performances — My Own Private Idaho. Stand by Me. I always wanted to meet him. One night, I was at this Halloween party, and he passed me. He was beyond pale — he looked white. Before I got a chance to say hello, he was gone, driving off to the Viper Room, where he fell over and died. That’s a lesson.” 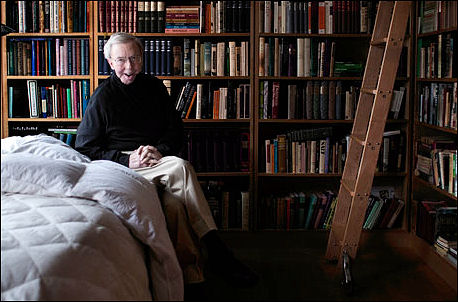