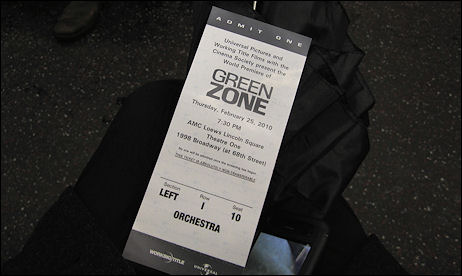 In a Huffington Post-ed AP interview, Mo’Nique is asked about “a lot of talk about you not showing up early on to promote Precious because you were worried about money.” And she replies as follows:

I’ve been totally jammed on video upload issues. I’m getting instant error messages when I try to upload on both YouTube and Vimeo. The response from the online help staff, of course, has been less than instantaneous. It’s been pure throbbing hell for the last three hours or so, and nothing posted the whole time. Now I’m down to calling freelance whiz kids for assistance. Delightful.

During a 2.18 conversation with Oscar telecast co-producer Adam Shankman, Fresh Air‘s Terry Gross was informed that the original request for a host was Sasha Baron-Cohen, but this was shot down by the Academy elders. “Too much of a wild card,” Shankman explained.

Let me explain what the Hurt Locker-related, Nicolas Chartier wildcat e-mail non-story is all about…okay? A certain party saw a chance to somehow hurt The Hurt Locker‘s chances of taking the Best Picture Oscar, and thought that creating a little hoo-hah out of a relatively minor e-mail blunder might help in that regard. 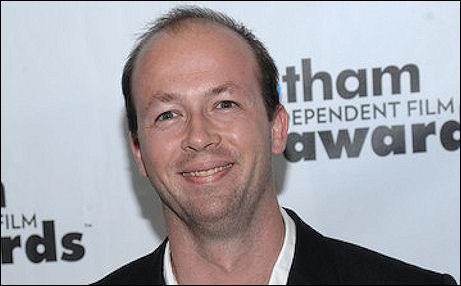 In short it’s a typical “do whatever you can to take down or damage the front-runner” maneuver — no more than that. Except it’s a non-starter.

On 2.19 (i.e., last Friday), one solitary guy with politically clueless instincts sent out an e-mail to friends and colleagues in the Academy urging them to give their Best Picture vote to The Hurt Locker. His appeal basically invoked the old David-vs.-Goliath scenario — i.e,., The Hurt Locker is a little movie going up against the big swaggering Avatar, etc.

According to Pete Hammond‘s 2.23 column, Chartier wrote that “we need independent movies to win like the movies you and I do, so if you believe The Hurt Locker is the best movie of 2010, help us!

“I’m sure you know plenty of people you’ve worked with who are academy members whethere a publicist, a writer, a sound engineer, please take 5 minutes and contact them. Please call one or two persons, everything will help! — best regards, Nicolas Chartier, Voltage Pictures.”

“Whethere”? Sloppy run-on sentences? A comma instead of a period after “engineer”? Followed by a sentence beginning with the word “please” that requires “please” to be capitalized?

Chartier is a French-born foreign sales guy with, I’m told, one of those colorful personalities that foreign-sales guys are sometimes known to have. He didn’t know the rules of the Academy game when he sent the e-mail, and no doubt presumed he was doing a good thing for the Hurt Locker team when he sent the e-mail. And Clarence Thomas thought he was being seductive when he mentioned the sight of pubic hair on a Coca-Cola can. 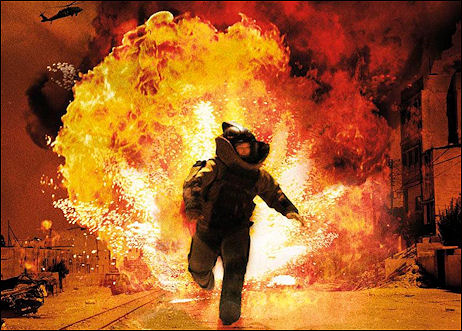 To my knowledge the Academy hasn’t made it specifically clear to all the nominees that they have to observe certain rules and decorum, nor have they told Oscar-campaign publicists to point out these rules to their clients. Shouldn’t they have?

Last night The Wrap‘s Steve Pond reported that the Academy has “confirmed that the e-mail violated an AMPAS campaign guideline stating that ‘ads, mailings, websites or other forms of content’ that ‘cast…negative or disparaging light on a competing achievement are not permitted.'”

The thinking is that Chartier disparaged Avatar by referring to it as a very expensive Goliath-like movie. Which of course it isn’t. Where did Chartier dream that one up?

The bottom line is that Chartier committed a faux pas in terms of Oscar-campaigning do’s and don’ts. People are fallible and sometimes they screw up. But this wasn’t some sleazy whispering campaign against another contender. It wasn’t some poorly calculated trade-ad campaign that cost tens of thousands. Bags of money filled with unmarked bills weren’t left on people’s back doorsteps. The carte-blanche services of Nevada prostitutes weren’t offered, and no remnants of cocaine lines were found on anyone’s desk.

The guy sent out a dumb e-mail….BIG DEAL. Read the e-mail, shake your head in amazement, hit delete…END OF STORY.

Chartier has issued an apology, and the Academy has reportedly called a meeting about this, and will probably issue some kind of statement that says this sort of thing isn’t done, etc. Can we all go back into nodding-out mode now?