It’s been 33 or 34 years since I first saw John Carpenter‘s Assault on Precinct 13. It’s a well-admired…make that beloved Howard Hawks/wild-in-the-‘hood exploitation film, of course, but is especially memorable for Darwin Joston‘s tersely sardonic Napoleon Wilson — a performance that encompassed a kind of studly melancholia, ironic machismo, flitting comic asides and a riveting aura of existential cool. And delivered with a sort of movie-conscious, wink-winky tone, but no less legendary for that. 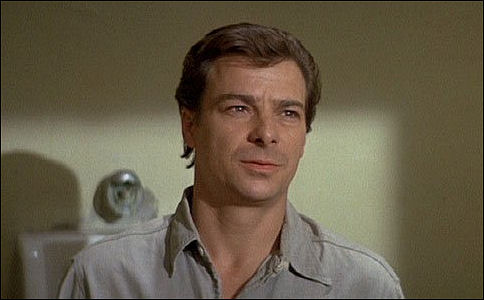 I just watched Assault on Blu-ray last night, and was reminded what a beautifully iconic hard-boiled egg Joston and Carpenter managed to create in Wilson. I would have a guy like Joston in movies today. I really miss that steely-folksy quality of his — that steady, working-class, no-bullshit and not-too-beautiful Warren Oates vibe.

A New York-trained actor who hailed from North Carolina, Joston kicked around and then got lucky with Assault but never caught on like he should have, and movies of the ’80s and ’90s were poorer for that. He was 38 or 39 when he made Assault — he was 61 when he died of lukemia in 1998.

A little less than two years ago Matthew Kiernan of Headquarters 10 wrote a great Joston tribute. Here’s a portion:

“Joston started in the late 60s with roles on numerous TV shows like Rat Patrol and bounced around the industry like a lot of other actors, sometimes popping up in small roles in low budget movies but mostly sticking to the TV scene until he retired from acting to work behind the scenes (in film transportation) until his death from leukemia in 1998. Joston probably would have gone on to be another one of many forgotten actors if fate hadn’t placed him into the starring role in Assault on Precinct 13, the first real feature from writer/director John Carpenter.

“Joston happened to have been Carpenter’s neighbor in the same apartment complex, where the two became friends, and Carpenter wrote the role of Napoleon Wilson specifically for Joston, who Carpenter claims had inspired the character. You hear a lot of times about certain roles being written for certain actors, but that doesn’t mean they’re always perfect fits; however, Napoleon Wilson turned out to be the role that Joston was born to play, and even though the film lead to big things for Carpenter, whose next film ended up being Halloween, Joston went back to being another actor waiting for his big break.

“Although Carpenter gave Joston a small role in The Fog and planned to cast him as John Rainbird in his proposed film version of Stephen King‘s Firestarter (which obviously never happened), Joston never had a role that good again. But goddamn if he didn’t make something out of it when he did.

“While the actual star of Assault on Precinct 13 is Austin Stoker (who is also very good), Joston gets the best role, a villain with a set of principals who may not be the nicest guy in the world but is certainly the person you want on your side when your police station is under siege by street gangs.

“The entire film is Carpenter’s homage to Howard Hawks’ Rio Bravo, with Joston sort of in the Dean Martin role (he sure ain’t Ricky Nelson), but the whole film is also Carpenter’s tribute to the entire western genre and the Children of George and Steven should take ample note of it because this is what a fucking genre homage is supposed to be like.” 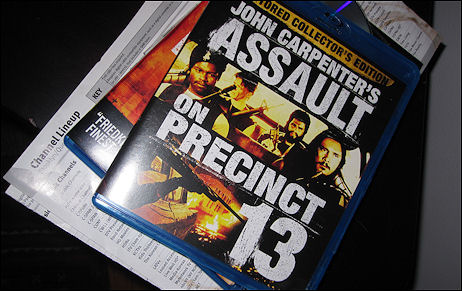