I spoke a couple of hours ago with FIND exec director Dawn Hudson about the swanky new downtown venue for the annual Spirit Awards. For years the independent film award show has been happening under a huge tent on a beach-adjacent parking lot in Santa Monica. This year it’s moving downtown to a “panoramic event deck” atop a building at L.A. Live, AEG’s downtown Los Angeles’ events complex. And on the evening of Friday, 3.5, rather than the usual Saturday afternoon. Two nights before the Oscars rather than 24 hours. 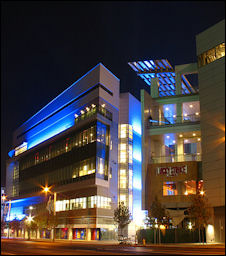 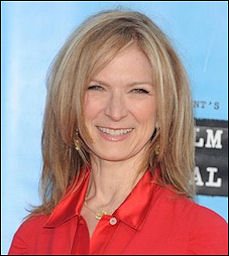 The Spirit Awards will air live on IFC at 8 pm Pacific and 11 p.m eastern. Hudson says that the evening idea was mainly about attracting a larger televised audience. She also believes that “late-night is primetime on IFC” so the 11 pm slot is no sweat. In fact, it’s party time!

What the actual Spirit Awards rooftop space will look like is a bit of a mystery. There are no photos, or at least none of the actual temporary venue.

L.A. Live is adjacent to the Staples Center — I know that much — but there are too many names and acronyms associated with this damn place. AEG, L.A. Live, Nokia Theatre, Regal…blah-dee-blah. Why don’t they just call it one thing? This is big-swagger corporatism for you — corporatism and territorial markings and no sense of bijou showmanship.

Here’s a link with directions.

Hudson says there will be seating for 1500 to 1600 people, which is a bit more than what the Santa Monica tent used to hold.

It’s apparently somewhat cheaper to hold the event at the AEG multi-acronym, multi-named mystery venue rather than pay for a tent to be put up plus all the other expenses. But Hudson says she mainly wanted to avoid a feeling that the event was going stale, and felt it best to start anew before that feeling settled in.

So to sum up, the Spirits are heading downtown because (a) it’ll be somewhat cheaper, (b) there’s an ability to accommodate more people, (c) the nighttime viewing audience will/may be larger, (d) swankier setting, and (e) no worries about going stale.

I think that just about covers it. I’d like to attend myself but it means hauling my ass out there on a jet and spreading it around to the tune of six or seven hundred bucks. When I lived in West Hollywood it didn’t cost me a thing.