The Coen Bros. obviously wouldn’t have chosen Hailee Steinfeld to play Mattie Ross in their True Grit remake if they didn’t think she had the necessary spunk, piss and vinegar. Or if they weren’t convinced that she’ll make their beautiful Old West dialogue sing just right. But surely they understand, being wise fellows, that genetically she’s about as Zane Grey as an iPad. 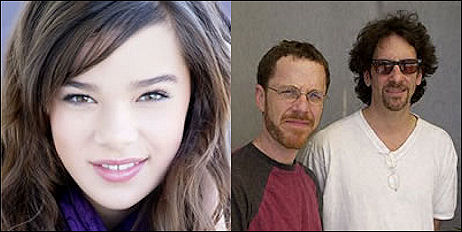 Steinfeld is fetching, all right, but in a radiant and (to me) almost dazzling-JAP sort of way — she’d be right at home on the slopes at Aspen. Whereas old photographs of wimmin of the Old West show they mostly had a hard-scrubbed, Plane Jane, almost beaten-down look. Perhaps a bit more Kim Darbyish than Steinfeldy, I’m sayin’.

I can roll with Steinfeld — don’t get me wrong. It’s just going to take a bit more in the way of disbelief-suspension. (Interestingly, in their open casting call print-out for the part the Coens wrote “no makeup model types.”)

The Coens and Steinfeld and costars Jeff Bridges, Matt Damon and Josh Brolin will begin shooting True Grit in New Mexico next month. The Scott Rudin-produced Paramount film will open on 12.25.10.

By the silver standard of the 1969 Henry Hathaway True Grit (which I need to see again), Steinfeld is Darby, Bridges is John Wayne, Brolin is Robert Duvall and Damon is Glenn Campbell. 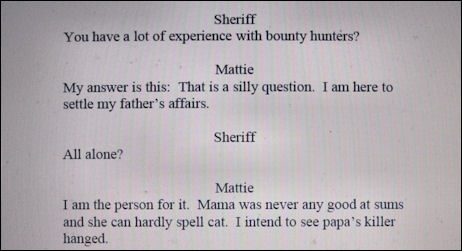