I’ve been saying for the last three or four years that it’s not the win-or-lose aspects of the Oscar race but the award-season arguments that define why people want this or that film or filmmaker to win — that’s where the pleasure and the uplift lie. An annual Socratic dialogue about who and what we are, and why. That and pushing the films and filmmakers that I strongly believe in. Who could stand writing about this stuff day after day if it was just monkey chatter about who’s gonna win? 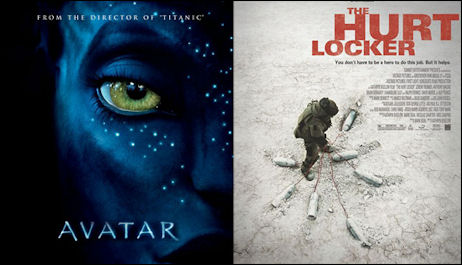 This is the HE calling. This is the task. I am swallowed by it as surely as Gregory Peck was by his great 1956 obsession. Is Ahab Ahab? Is it I, God, or who that lifts this arm?

The inspiration, tenacity, toil and achievement that go into winning any Oscar will always warrant honor and admiration, but the practice of Oscar-winner-picking is a doodle exercise, for the most part. I wouldn’t equate it to movie-watching and magazine-reading on a coast-to-coast flight, but it’s in that general ballpark. And yet it propels things along and brings advertising to Hollywood Elsewhere. The pickings, in any case, are more the specialty of those who are seriously into it — i.e., Scott Feinberg or Sasha Stone or Pete Hammond or Dave Karger.

I play these games because I must or should or need to. For if the great sun moves not of itself but as an errand boy in heaven, how then can this one small brain think thoughts unless God does that beating, does that thinking, does that living, and not I?

But my heart and head are two different entities, and I’ll simply never be able to reconcile my diminishing ability/interest in picking Oscar winners (other than the ones everyone else has decided upon…Hurt Locker, Bigelow, Bridges, Bullock, Waltz, Mo’Nique) and my personal prefs and admirations. And because the real joy, to repeat, is in wrestling over the cultural-political issues that are brought to the fore by Oscar-contending films.

However it shakes down, Anne Hathaway — mark these words and this post — will be a Best Actress contender for her performance as a Parkinson’s disease sufferer in Ed Zwick‘s Love and Other Drugs, as I half-predicted on 2.27.

And yet — and yet! — watching the Hurt Locker team bounding up to the stage to accept the Best Picture Oscar is going to be truly glorious. I’ve been a hammer for that film since my first viewing at the September ’08 Toronto Film Festival, so in a sense I’m coming to the end of a journey myself. It’s lasted a little less than 18 months.

If The Little Movie That Those Clueless Waitresses at Extra Virgin Never Heard Of wins the Big Prize, I’m going to pay those Extra Virgin ladies a visit tomorrow with my camera and digi-recorder, and put them through a very polite Regis Philbin-styled Judgment at Nuremberg. It’ll be very loose and friendly, but this is a completely fair warning.

Unless Avatar wins, of course, in which case…well, okay. This won’t be the “wrong” call or anything. It’s an amazing ride, that film, and one of the greatest pieces of left-wing, tree-hugging, anti-corporate propaganda — wonderful propaganda! — ever made. On top of which the tradition has always been that the film with the strongest emotional undertow wins the Best Picture Oscar, so if that rule holds The Hurt Locker will lose because…well, I don’t recall reading any articles about people being depressed upon realizing they preferred the world of The Hurt Locker to their own lives.

Everyone will ascribe The Hurt Locker‘s loss, if it happens, to those recent Hurt Locker-fragging articles generated by the Los Angeles Times and that Paul Rieckhoff Newsweek piece and so on. 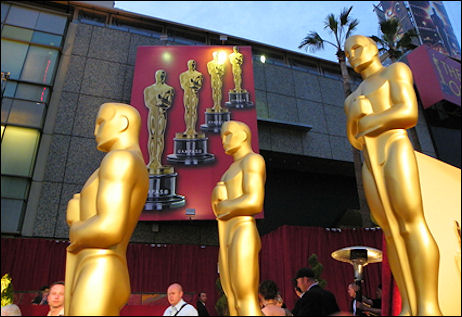 L.A. Times/Big Picture columnist Patrick Goldstein recently tried to explain how it’s not fair that his newspaper has become the designated “bad guy” in this affair. He offers some reasonable-sounding explanations as to why this impression is unfounded. I nonetheless believe that in mid-February certain journalists and editors sensed a great dramatic potential in the prospect of a Hurt Locker reversal-of-fortune, especially after the BAFTA and Eddie Award wins created a front-runner status, and that some decided to research and write articles that might introduce a cliffhanger element into an already thrilling David-vs.-Goliath scenario.

The Brooklyn air outside smells fresh and clean. I’m ready to breathe it in and take a nice long speed-walk this morning. Okay, this afternoon sometime. Jesus, it’s already 11:30 am. All I know is that everyone is feeling a sense of great impending relief that it’s all going to be over in a few hours, and that we can finally get going with 2010 — all to the good. Until this same feeling of engulfment by great overpowering forces surges again, as it does every year.

We are turned round and round in this world, and fate is the handspike. And all the time, lo! that smiling sky and this unsounded sea!