Obsessed With Film‘s Matt Holmes (a named inspired by Matt Helm?) wrote this morning that “a London-based SFX industry chum” has passed along post-production dirt about the state of Clash of the Titans (Warner Bros., 4.2), which has been undergoing a rushed, late-in-the-day 3D conversion. 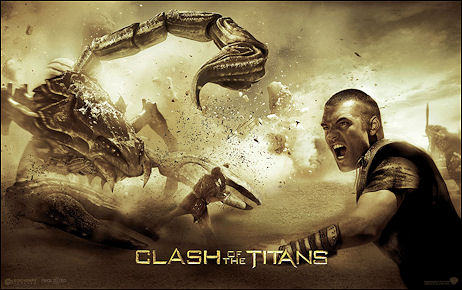 “Apparently they’ve had hundreds of Indian SFX sub-contractors working round the clock to 3D it,” Holmes reports.

First of all, this is the kind of 3D that Jim Cameron was making fun of at that Santa Barbara Film Festival party I attended last month. He was calling it “cardboard pop-up Christmas greeting-card 3D,” or words to that effect. So it’s a joke going in.

Secondly, if I was Jeff Robinov I’d be concerned about Indian guys with extremely polite manners and impenetrable accents and bad clothing finessing the 3D images of Sam Worthington and Liam Neeson, etc. “Hello, sir, can I help you?” I hate these guys for always opening the manual and telling me what it says. Not once have I dealt with a brilliant Indian tech-support guy who seems to think for himself (or herself). I don’t care if they’re working at call centers or FX houses — I feel I know those Mumbai guys very well. They’re cautious to a fault and committed to following the rules so they can feed their families. They’re not rocket scientists.

“The SFX teams that did the primary effects aren’t overly pleased [with what the Indian guys are doing],” Holmes’s friend is saying.

“Everyone knows and expects by now that Clash of the Titans will be the Diet Coke of 3D. This is common knowledge. Any movie that is shot in 2D and later post-converted into 3D is an inferior product and just won’t have the same effect on the eyeballs as films shot with 3-D camera’s.

“This message needs to be delivered to the masses who will be unsuspecting. They will see 3D and expect an Avatar-like experience every time they lay down their extra few quid/dollars but it’s just not going to happen with post-converted tinkering.”