It seems fair to say that NY Press critic and NYFCC member Armond White is not only a harsh critic of Greenberg director Noah Baumbach, but that he harbors an intense dislike for the guy. White doesn’t claim to know Baumbach personally, but believes that his films speak volumes about his character and personality. Or so he said 27 months ago. 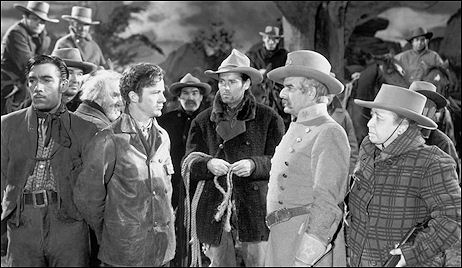 In a 12.18.07 interview with Big Media Vandalism’s Steve Boone, White called Baumbach an “asshole.” One of his quotes state that “you look at Noah Baumbach’s work, and you see he’s an asshole. I would say it to his face. And, of course, he gets praised by other assholes, because they agree with his selfish, privileged, stuck-up shenanigans. I don’t need to meet him to know that. Better than meeting him, I’ve seen his movies.”

And yet Dart told me early yesterday evening that White wouldn’t be prevented from seeing the film in time to meet his weekly review deadline (Greenberg opens on 3.26) — just that he wasn’t welcome to see it presently. I don’t know what this accomplishes exactly, but that’s her call. She made this decision on her own, Dart says, and not at the behest of Rudin or Baumbach.

I’ve been on shit lists myself from time to time so I know what this feels like from White’s end. I think it’s almost a badge of honor to be occasionally disciplined or threatened by movie publicists. Call it an oblique tribute to your tenacity or toughness of spirit or perceived influence…whatever. But where’s the beef in this White-vs.-Dart thing? How bad can things be for White if Dart is only delaying his invitation to a Greenberg screening?

It does seem as if White exaggerated when he complained yesterday in an e-mail to a colleague (a copy of which was sent to me yesterday afternoon) that he had been “blackballed.” I spoke to Dart after being sent White’s e-mail, and asked if what he’d written was true. And she spelled out the above. And sent me a link to White’s Big Media Vandal interview.

White told the colleague that a Focus Features rep had “called to disinvite me from [a] press screening of Greenberg. I objected that they were infringing upon my First Amendment rights as a journalist. In a second phone call, [the rep] apologized but informed me that I was still blackballed. Feel free to share [this] information with the NYFCO members.”

To go by two group-mailed messages sent my way last night, White’s e-mail has led to murmurings from some critics (including Eric Kohn) that they need to stand arm-in-arm with White and that a Greenberg review boycott may be in order.

In an e-mail sent to critics last night titled “Support Your Fellow Film Critics,” it is claimed that White “has been blackballed by Focus Features at the request of Noah Baumbach and his producer Scott Rudin.” Again, to my knowledge this is untrue as White’s Greenberg access is only on hold, and because Dart, according to what she told me, made this call on her own and not at the behest of her employers.

“Some of you may think that Armond is a pretentious pompous fool who has no idea what he’s talking about, but he is still a fellow film critic,” the letter states. “I suggest we all do three things: One, do not review Greenberg. Two, complain directly to the president of Focus Features, James Schamus, who prides himself on being a writer and supporter of the written word. And three, write directly to Scott Rudin and tell him you will not review any of his upcoming films.”

Jesus — this is like The Ox-Bow Incident! “C’mon, boys…let’s ride out and string up the killers of Larry Kincaid!” I’m making this analogy because, as noted, Larry Kincaid to my knowledge isn’t dead, and White will eventually be good to go with a Greenberg screening. I don’t know how these things get started but they obviously do from time to time. Tempest in a friggin’ teapot.

Directed and co-written by Baumbach, Greenberg is an amusingly bent and emotionally downbeat character study of a neurotic 41 year-old carpenter and ex-band member (Ben Stiller) as he takes care of his brother’s Los Angeles home during an extended vacation.

For what it’s worth I love Greenberg. I’ve seen it twice, in fact. It’s not a conventionally commercial film, but what Baumbach film is? In a 3.1 posting I called it “easily the most intriguing film of the new year…[it] doesn’t exactly ‘entertain’ and yet it does — it’s just operating in a low-key way that’s almost entirely about observation, and without a single false note.”

Update: Village Voice columnist/bloger Michael Musto, who’s also seen and enjoyed Greenberg, called Dart to clarify about the White matter, and she told him the same thing — i.e., that White hasn’t been banned, that he’ll see the film eventually, etc.