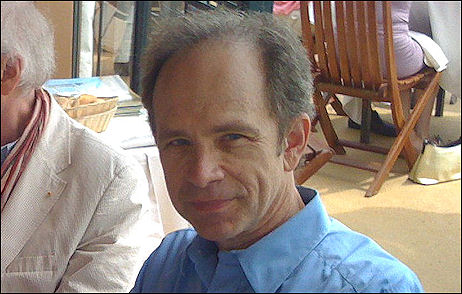 “It’s economic reality,” Stiles said. Variety will continue to carry the same number of reviews, he explained, but on a freelance basis. Here’s to one of the finest and most knowledgable film critics in the country bouncing back as soon as possible, and perhaps launching his own site.

Armed with inside knowledge and personal Variety experience, Indiewire‘s Anne Thomnpson has written a good commentary piece about McCarthy’s departure:

“Variety can’t afford McCarthy and Rooney, as they couldn’t afford me or editors Michael Speier and Kathy Lyford. But I was a relative newbie, a columnist/blogger. I was a luxury. Problem is, I was well-paid, as were McCarthy and Rooney. Nonetheless, they are necessities. Without them, Variety is doomed.

“Along with the badly handled recent fracas over Robert Koehler‘s review of Iron Cross (which was pulled off the site during a robust Oscar campaign, then later restored) this sends a dubious message to Hollywood: Variety is running out of cash. As one vet journalist tweeted me today: ‘This feels like end of the world as we know it. I can’t even comprehend.’

“I saw it coming. When I left The Hollywood Reporter, which gave me the opportunity to launch the Riskybiz blog, and had already been through several Draconian staff and expense trims, to move to number-one trade Variety, I saw a bigger, fatter, more spendthrift organization accustomed to riding high off the hog. And I saw a trade that was neither in tune with its customers, nor with changing times on the web. Layoffs eventually came. And kept coming.

“But former editor-in-chief Peter Bart had built a respected news organization with a strong staff — and he saw the wisdom of deploying top critics all over the world. That was the center of Variety‘s long-range success. It made the paper a global must-read.

“Erudite and learned about cinema, Todd McCarthy gets more hits for his reviews than anyone at the paper. Wait…Variety is behind a pay wall. They don’t care about hits anymore. Don’t they care about premium content? They also lost star news hound Michael Fleming to Deadline Hollywood, which is stealing more readers by the day. He probably saw that he too, was overpaid. And didn’t want to be rendered invisible.

“Too bad Variety couldn’t haver instituted across-the-board pay cuts for everyone — and saved some jobs and talent. Oh, wait — the people at the top would have to cut their salaries too. And what about that blinking red Variety logo on top of their Wilshire office tower? How many salaries would that cover a year?