During last Saturday’s panel discussion of the withered state of film criticism following a screening of Gerald Peary‘s For The Love of Movies, notoriously snarly critic Richard Schickel (formerly of Time) was asked if he ever reads criticism online. “Why would you do that?,” he replied. “I don’t actually read many reviews. I never did. But I’m not going to go around looking for Harry Knowles. I mean, look at that person! Why would anybody…pay the slightest attention to anything he said? He’s a gross human being.” 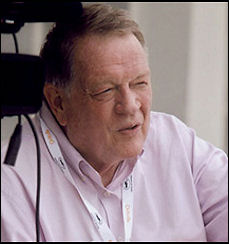 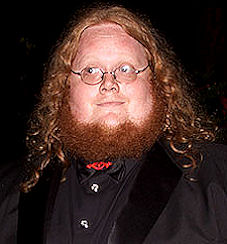 “Watching all these kind of earnest people discussing the art or whatever the hell it is of criticism, all that, it just made me so sad,” Schickel remarked. “You mean they have nothing else to do? I don’t know honestly the function of reviewing anything.

“I remember talking to Paul Schrader once about how when he came into movies, he thought he entered what was the natural state of movies, which is you got to make Taxi Driver,” he recalled. “You got to make all these weird, interesting movies and Hollywood wanted you to do it and it was only when it began to stop he realized he was living in the historical aberration.

“And for a lot of film critics, we are living in the historical aberration probably in the history of the arts where you got to make a lot of money, write about an art form at its peak and actually not only have it at its peak, but the public in general was going to that art form for ways of understanding the world. It’s not that way now.”