The Man Who Fell To Earth

A film series tribute to Montgomery Clift began at BAM Cinematek on 3.11, and will end two weeks hence on 3.25.

I’ve read two books on Clift (Patricia Bosworth’s and another one) and feel I know most of his story. He had a ten-year film career (’46 to ’56) before the Los Angeles car accident that ruined his face and pretty much turned him into a wreck — “the slowest suicide in Hollywood history.” Alcohol and pills and the stress of living in the closet eventually led to his death in 1966 — at age 45! — from “occlusive coronary artery disease.”

How many of his pre-accident films present Clift in a truly luminous and commanding state, that anxious and willowy God-like thing that made his rep and his name? Four — Red River (shot in ’46, released in ’48), A Place in the Sun (’51), I Confess (’53) and From Here to Eternity (’53).

He made other intriguing or fascinating films, but no other major-league star was so totally ruined as Clift was after the smash-up. He didn’t just look different but seemed internally mangled and mashed in.

During those first seven years (River to Eternity) he seemed to be coming from a relatively calm and steady place for the most part — a serene one at times. Plus he had those beautiful, perfectly chiselled features. But after the pile-up he acquired the look and manner of an out-and-out spaz — a twitchy-fidgety fellow with bulging eyeballs and jug ears, and a voice (or vocal delivery) that seemed impaled by nerves. This transformation was first evident in The Young Lions in ’58. Matthew Garth in Red River was no more. Clift had nowhere to go but to become a character actor, which he did and quite well at that.

Marilyn Monroe reportedly once described Clift as “the only person I know who is in worse shape than I am.” 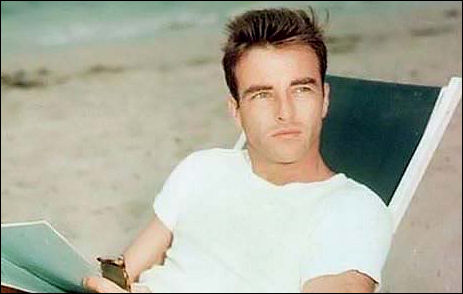 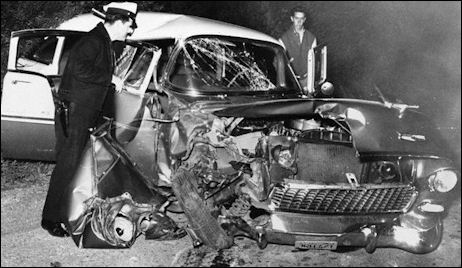 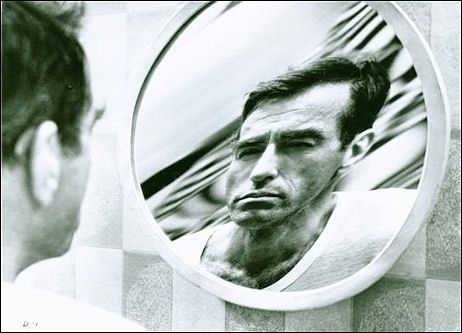