In an 4.9 interview with Variety staffers, DreamWorks animation honcho and longtime 3D advocate Jeffrey Katzenberg says that the degraded 3-D experience represented by Clash of the Titans will, if replicated to the extent that it becomes the industry standard, bring on the demise of 3D. 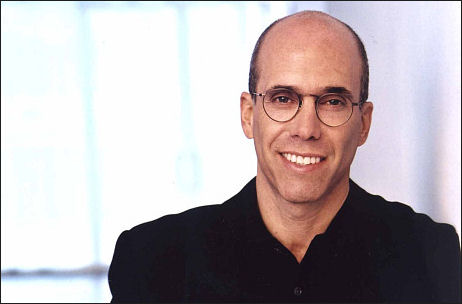 “If we as an industry choose this 2D to 3D post-production conversion [as represented by Titans], it’s the end,” he declares. “As quickly as it got here, that’s how fast it will go away.

“We’ve seen the highest end of 3D in Avatar and you have now witnessed the lowest end of it with Titans. You cannot do anything that is of a lower grade and a lower quality than what has just been done on Clash of the Titans. It literally is ‘Okay, congratulations! You just snookered the movie audience.’

“The act of doing it was disingenuous. We may get away with it a few times but in the long run, moviegoers will wake up. And the day they wake up is the day they walk away from us and we blew it.

“Does it take the moviegoing public one movie, three movies, five movies to get to the point where they are discerning the difference between good and terrible? By the time that happens, there will be another 20 or 30 or 40 movies in the pipeline but we will already have killed that goose that is delivering us golden eggs.

“Every company right now is sitting, assessing what approach and what process and what economics to invest in the 3D platform. There are dozens of decisions literally that are about to be made or have just been made in the last 30 or 60 days and in the next 30 or 60 days, the sum of which will determine what happens to 3D.

“Starting with a filmmaker who designs and shoots his story with 3D as part of that storytelling is hugely different from a 2D film that is put through a down and dirty post-production technical process. It is absolutely analogous to taking a black-and-white film and colorizing it.

“We have seen post-production conversion of 2D movies to 3D which actually play pretty sensationally on a television. On a smaller monitor, the images hold up in a much more compelling way. So I think there is going to be a market for 2D conversion [for the home]. [But] I think it’s a disaster for movie theaters.

“[And] I am just sort of apoplectic about this because the revenue [today] from a successful 3D release net to the studios is greater than the erosion in the DVD market over the last two years. For the last 40 years every time we’ve reached an [economic downturn], something’s come along to save the movie business. Home television, pay television, VHS, DVD. Now 3D comes out of the blue, out of nowhere. Nobody expected this.”

A Variety staffer asks Katzenberg “why will these post-conversions kill 3D? In the early days of sound, there were quick-and-dirty conversions of silent movies to sound, and that didn’t kill talkies.”

“Here’s the difference,” Katzenberg replies. “We are asking moviegoers to pay a 50 percent premium to come see these films. So I think [there will be a] backlash. It will be a whiplash. They will walk away from this so fast. 3-D will go away, because with no premium being paid for it and the cost to exhibition in terms of what they have to invest in it, I think it all does collapse.

“So now take that 3D out of the equation and you derail that digital train. And who’s the biggest beneficiary of digital, of a full digital platform? Hollywood. So when you want to talk about the effect of actually blowing this, it’s unbelievable.”