Candy Darling, who began life on the other side of the gender fence as James Slattery of Forest Hills, Queens (and later of Massapequa Park, Long Island), was genuinely charismatic, hugely likable and intriguing as hell — and as much of a tragic figure of the downtown Warhol realm as Edie Sedgwick, if not more so.

She too was a Warhol play-toy craving serious stardom, urgently self-created, consumed by lacquered Photoplay fantasy, hanging by an emotional thread, living for the sporadic glamour of scenes and clubs and flashbulbs, starved for attention, desperate to be loved, and finally dead from cancer at age 29.

Last night I saw James Rasin‘s Beautiful Darling: The Life and Times of Candy Darling, Andy Warhol Superstar as part of the New Directors, New Films series at the Museum of Modern Art. I expected to be amused and intrigued by another recap of the Warhol Factory era, and for the first half that was mainly the shot. But the last half and particularly the last third of this unusually intimate doc is more than touching. I felt profoundly moved. Really.

What it is, basically, is a story of Darling and her closest friend Jeremiah Newton, and how he’s tended to her legacy and kept the candle burning over the last 36 years since her death. Rasin uses Newton’s history and particularly his perspective as the emotional spine of the film.

I realize that Darling was played reasonably well by Stephen Dorff in I Shot Andy Warhol, but she should be played again in a feature based on her life, and this time by a woman.

Hers is a very sad tale about profound loneliness and not much real love — the story of a beautiful blonde knockout and an absolute world-class Kim Novak impersonator who could only thrive within a very particular downtown glammy realm in the mid to late ’60s and early ’70s, and with great difficulty, and how that realm slowly gave up on her after five or so years of flashbulb fame, but never she it. 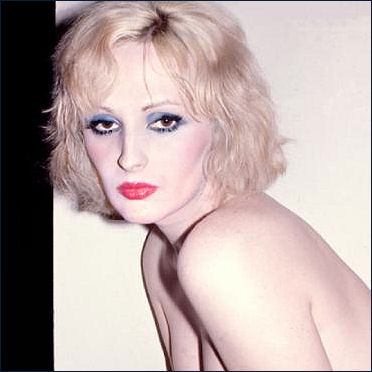 I think Candy Darling would have been a much better choice to star in the misbegotten Myra Breckenridge than Racquel Welch. She was a real-deal glamour queen who was simultaneously about fake movie-star glamour and allure and an actual embodiment of same who meant every last word.

In his 2.17.72 review of Warhol’s Women in Revolt, N.Y. Times critic Vincent Canby wrote that Darling, one of the film’s three stars (along with Holly Woodlawn and Jackie Curtis), “sometimes looks like Marilyn Monroe and sometimes like Mrs. Nixon, and often sounds like Kim Novak,” She also “comes very close to being a real actress,” he said.

Before dying in March 1974, Darling left a note for her friends, to wit: “Unfortunately before my death I had no desire left for life. Even with all my friends and my career on the upswing I felt too empty to go on in this unreal existence. I am just so bored by everything. You might say bored to death. It may sound ridiculous but is true.”

Rasin said last night that there were no clips from Darlings’s scenes in Trash (’68) or Women in Revolt because the rights-holder, director-producer Paul Morrissey, who cooperated with Rasin by sitting for an interview, refused to give them up. This strikes me as shameful. You can’t really get Darling’s allure without absorbing her full-on Warhol act, and Morrissey saying “no” to a low-budget, hand-to-mouth tribute doc like this one seems mystifying.

But it’s not just these two films — there are relatively few clips of Darling from any films at all. Because of payment/rights issues, I presume. Nor does the doc mention several other appearances, ventures and tributes. 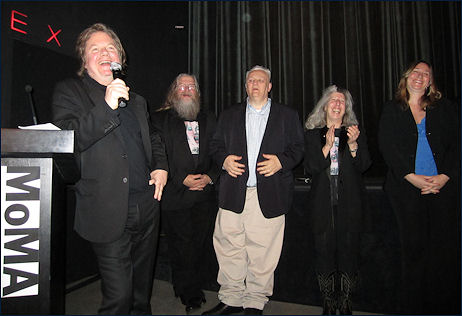 Darling was an extra in Alan Pakula‘s Klute — no clip, no mention of this (although we’re shown footage of Klute star Jane Fonda hanging with Darling and the Warhol gang). No clip of her brief appearance in Lady Liberty, the 1971 Sophia Loren film. No clip from or mention of Wynn Chamberlain‘s Brand X, Silent Night, Bloody Night or Some Of My Best Friends Are….

I’ve read that Darling allegedly “campaigned” for the Welch role in Myra Breckinridge (1970), but again — no mention. Newton told me today that she met with George Cukor. Why didn’t Rasin ask Rex Reed, who costarred, for a comment?

Nor does it mention Dorff’s portrayal in I Shot Andy Warhol (’96).

Nor does it mention her having allegedly appeared in a 1973 Off-Broadway revival of The White Whore and the Bit Player.

Nor does it mention that Candy was portrayed by Michael-August Turley in the New York City production of Pop! in December ’08.

It not only mentions but plays a portion of Lou Reed‘s “Walk on the Wild Side,” of course — the song that immortalized her — but why didn’t Rasin talk to Lou?