Half of my recently-posted Cannes big-wish scenario — screenings of Doug Liman‘s Fair Game plus a presentation of at least an extended reel of Chris Nolan‘s Inception — will be fulfilled, sez Variety‘s Justin Chang. Liman’s political thriller was “screened earlier this week” for Thierry Fremaux‘s Cannes selection committee, and is now “looking like a strong possibility” for a competition berth. 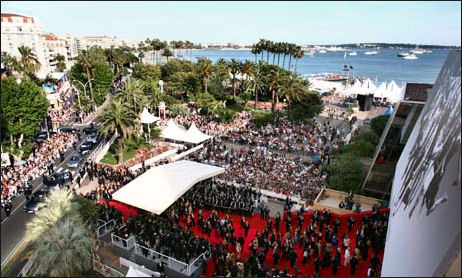 Okay, now gimme that Nolan and I’ll be a pig in shit.

Chang repeats the recent tremor about it being “unclear” if Terrence Malick‘s Tree of Life will be ready in time. Is there a more obsessively reclusive dandelion on the face of the moviemaking planet right now than Malick? If I was his manager or distributor I would barge into that editing room and go all Harry Cohn and Daryl F. Zanuck on his ass, and Tree of Life would be permanently removed from the realm of “unclear,” you bet.

Two other French pics likely to show, says Chang, are Xavier Beauvois‘ Of Gods and Men, a drama set among Cistercian monks, and Tournee, directed by French actor Mathieu Amalric (The Diving Bell and the Butterfly), which could screen in the Directors’ Fortnight sidebar if not the official selection.

The Cannes Film Festival will go from Wednesday, 5.12 to Sunday, 5.23, although for most journalists it’ll be over after seven or eight days. I’ll arrive on Tuesday morning, 5.11, and intend to hammer away for ten solid days (counting arrival day) until departing on the evening of Thursday, 5.20.