It was known, of course, that Alex Gibney‘s Untitled Eliot Spitzer Film, which screened earlier this evening via the Tribeca Film Festival, would focus on the sudden and scandalous fall of Eliot Spitzer, the former New York Governor, due to his involvement with prostitutes. What I didn’t anticipate, and what in fact surprised the hell out of me, is that the doc unfolds and holds like a masterful political suspense drama. 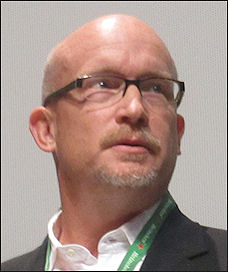 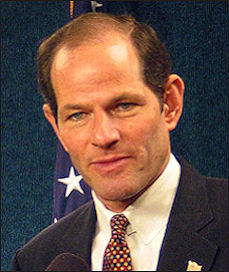 I was expecting a smart and comprehensive recap of the Spitzer saga — a kind of PBS Frontline-type deal. What I got instead was a totally gripping nest-of-vipers thing with a complex and self-destructive anti-hero and a great supporting cast including an assemblage of powerful, politically connected bad guys worthy of Sidney Lumet or Scott Turow or John LeCarre even, and all of them real as hell.

Gibney has always been a first-rate documentarian. But in Spitzer and his psychology and the forces that conspired against him he’s found a great political melodrama that not only matches but enhances his abilities, resulting in a beautiful synchronicity. This movie is going right into my list as one of the best films of 2010.

What a dirty, stinking story this is — a balding oddball hero with the right ideals and goals brought down by a fatal flaw, but whose public exposure and ruin is orchestrated by his powerful enemies, and not just any enemies but some of the same financially speculating, double-dealing Wall Street scumbags whose actions brought this country to the brink of financial ruin. Goodness falls, evil triumphs — great movie material!

It is always the mark of a top-notch film when you think you know what it’s going to do plot-wise, and it more or less does that in terms of what it “tells” but with so much more punch and pizazz and intrigue than you expected. And you come out of it going “wow, damn good!”

One analogy is Fred Zinneman‘s The Day of the Jackal (1973), a thriller about a man hired to assassinate former French president Charles DeGaulle. You know going in that he won’t succeed, but the film holds you regardless. Another similar work is Lumet’s Prince of the City (1981) — a movie packed to the gills with cops, attorneys and prosecutors but which finally delivers a moralistic tale about dark urges, choices, alliances and a New York City demimonde.

I’m being kicked out of the Starbucks I’m sitting in so that’s all she wrote, but this is a stellar knockout documentary. It’s actually called Client-9 in the opening credits, but that title is just a temp, Gibney said. Distribution ought to happen by the fall. It’s too early to say, of course, but this looks to me at the very least like a prime contender for the 2010 Best Feature Documentary Oscar, whatever the competition. Because it’s sharp and true and riveting as hell, and that’s what gets the gold.