If you’re filing like me (six or eight or ten posts daily) it’s all you can do to keep up with the regular Cannes Film Festival screenings plus whatever odd market screening you’re able to slip into. (Not to mention the occasional parties and press luncheons.) So let’s say plainly what most people would rather not say, which is that most waterfront-covering journalists might be able to attend one or two Director’s Fortnight screenings at best, and that’s if they’re seriously military. 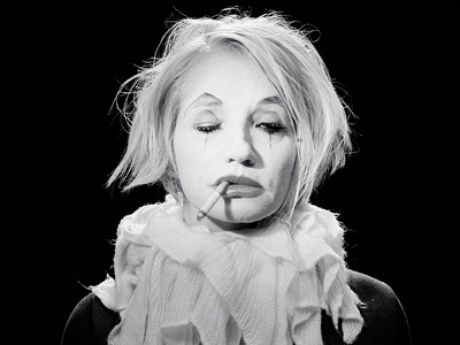 Of the just-announced 2010 Director’s Fortnight showings, I’ll be making an effort to see Cam Archer‘s Shit Year. Beyond that I’m not sure. I’d like to happen upon something stunning or breathtaking but how do you pinpoint such films in advance? Every day Cannes is a dawn-to-midnight struggle against the clock — you can’t mosey around.

If I plenty of nostalgic kick-back time I’d want to see 80 year-old Frederik Wiseman‘s Boxing Gym and maybe Stephen Kijak‘s Stones In Exile (i.e., a promotional tie-in to the 5.18.10 release of the remastered Exile on Main Street, about the recording of that classic Rolling Stones album in the South of France in ’71). Does anyone know anything solid about any of the DF selections?