Three days ago ScriptShadow’s Carson Reeves posted a review of an “early draft” of Jez and John Butterworth‘s screenplay for Doug Liman‘s Fair Game, which will be playing in Cannes quite soon. Reeves says that the script doesn’t quite do one thing or the other, which I find intriguing. This sentence caught me especially: “It reminded me, in many ways, of Michael Mann‘s The Insider, which is another film that demands a lot from you.” 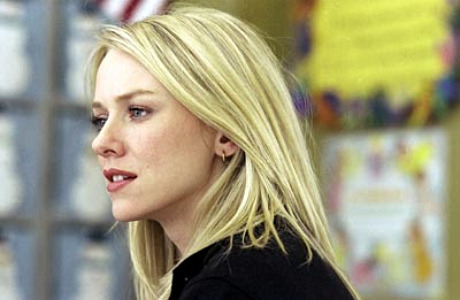 Here are the final three graphs:

“Whereas [the first] 60-70 pages [are] about the plot which led to the invasion of Iraq, the script [then] becomes this personal journey about how a CIA operative (Naomi Watts‘ Valerie Plame) lives with being outed. She has to go to all her friends and apologize for lying to them for 20 years. She has to explain to her kids why she’s being publicly shunned. Things like that. I suppose this won’t matter as much if the marketing for the film educates the public on Plame’s story, so that they anticipate this turn of events, but for me, someone who didn’t know anything about her, I was stuck going, ‘What kind of movie is this supposed to be?’

“Because if you think about it, this easily could’ve been four different movies. We start out with Valerie being a James Bond/Jason Bourne like super-agent, traveling the world and gaining access to top foreign leaders. Then the story shifts into this extensive procedural about the minutiae of how we gather information and the specifics that led up to the invasion of Iraq. Then the script shifts to the fallout of said invasion. And finally, it shifts to Valerie’s life after she was outed. Each one of those could’ve been explored as a full film. So having them all in the same film was a bit jarring for me.

“But those of you entrenched in the WMD scandal and in Plame’s story in particular to eat this up. It reminded me, in many ways, of Michael Mann’s The Insider, which is another film that demands a lot from you. So, if you enjoyed Russell Crowe‘s turn in that movie, you’ll want to check this out for sure. Oh, and I’d be remiss not to mention the great reveal/payoff at the end of the script. It’s truly terrifying, and will definitely make you think twice about what’s going on inside our government’s walls.

“If only this story would’ve been a little more straightforward, I may have enjoyed it. But my simple brain can’t handle all this zigging and zagging. Just wasn’t my thing.”