Lay It On Me

My expectations for Cannes 2010 have been raised to the point that I will be flat-out disappointed if not bummed if some kind of big-thunder presentation of Chris Nolan‘s Inception isn’t part of the show. (If not the fully-finished thing then at least an extended reel of some kind.) I’m also insisting on an out-of-competition showing of Doug Liman‘s Fair Game. 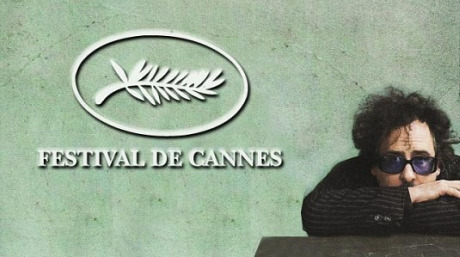 A friend with ties to Cannes Control who just came back from Paris says it’s been a tough process finding the right films, an indication that some disappointments have already been felt. It’ll be “a very weak Asian year,” he’s heard. But Olivier Assayas‘ Carlos (and not Carlos the Jackal, according to an IFC guy I just spoke to) is very likely, he says. Right away I’m thinking that a five-hour film plus an intermission is going to be quite an energy and attention hog on whatever day it shows. Right now it’s in three parts but that may change by the time Cannes begins. IFC Films will release it in the fall.

A Variety story reports that Cannes programmers had yet to even see Liman’s film as of last weekend, so that’s almost a bummer in itself given that Fair Game was locked last month. The Paris guy says he hasn’t heard zip one way or the other about Liman’s film — another possible bad sign.

It’s also been suggested that Terrence Malick‘s Tree Of Life not being included in Thursday’s official announcement doesn’t mean it won’t show in Cannes, only that Malick is still dithering in the editing room. Malick’s family relationship-slash-radical dinosaur time-tripper was shooting in the spring of ’08 and has been in cutting for a good year — maybe he needs a few more months? Maybe Apparition should push the release back to 2011? They don’t want to rush the guy.

This much hemming and hawing indicates (to me anyway) that Tree of Life is most likely some kind of exercise in high-minded artful doodling, or at the very least an argument-provoker by way of being a “what in the name of Christ was that?” Rest assured that the morning Life screens in Cannes will be one hell of a moment if it can be wrestled out of Malick’s hands — no small feat.

All I know is that Ridley Scott‘s Robin Hood, Oliver Stone‘s Wall Street 2: Money Never Sleeps, Woody Allen‘s You Will Meet A Tall Dark Stranger, Jean-Luc Godard‘s Socialisme, Takeshi Kitano‘s Outrage, Lee Chang-dong‘s Poetry, Bertrand Blier‘s The Sound of Ice Cubes and Cristi Puiu‘s Aurora are not enough any more. My heroin tolerance has gotten greater and I need more. I needs my Liman and my Nolan.