Long May You Run

Barry Levinson‘s You Don’t Know Jack, an HBO drama about the beliefs and travails of mercy-dispenser Jack Kevorkian, is easily Levinson’s best film since Wag The Dog — a straight-arrow, quietly powerful drama about a courageous if overly headstrong man of principle and compassion vs. the conservative let-them-suffer crowd. 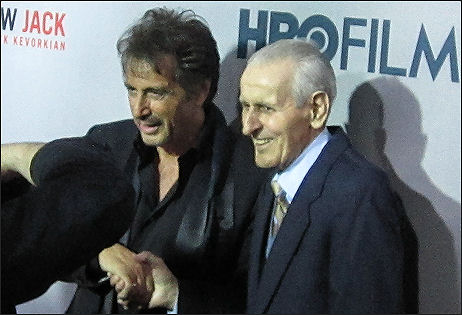 And as a somewhat mousey-voiced, gray-haired, bespectacled and bent-over Kevorkian, Al Pacino gives one of his best performances ever, particularly in terms of seeming to truly slip into another man’s skin and with remarkable restraint at that — a feat that feels almost revelatory for a guy who’s been known for decades for his florid chops and shouty line-readings.

Danny Huston also scores as attorney Geoffrey Fieger, who successfully represented Kevorkian in several of his court battles. An audacious legal swordsman and swaggerer in a long-hair wig, Huston seems to really revel in Feigel’s exceptional brainpower and combative spirit — he’s a kind of contact high in this sense.

You Don’t Know Jack (a great title) is a ballsy, no-frills film about a moral-political-cultural issue — whether or not severely afflicted people have the right to die with dignity, and at the time of their own choosing — that pretty much anyone with any life experience has strong feelings about, and which everyone should try to see when it airs on HBO starting on 4.24.

I was particularly moved by real-life video footage (apparently shot by Kevorkian) of a very young sufferer from Lou Gehrig’s Disease — a slender good-looking guy in his early 30s. He’s been explaining to Kevorkian why he wants to end it, and at one point his sister says that she supports him in his effort to be “free.” The young guy is so moved that he begins to weep, and then leans his head over and rests it on her shoulder. Anyone who watches this footage and then turns around and says that what Jack Kevorkian tried to do is fiendish or against God’s will has some serious blockage going on. 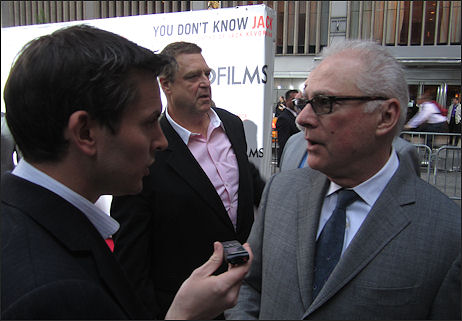 And yet despite my beliefs I feel emotionally conflicted about inducing death, no matter how compassionate the circumstances. This is hard to explain because I can’t quite figure why I think one way and feel another, but here goes.

I had a Siamese cat named Zak who was born in ’85 and died in ’00 (or was it ’01)? He passed from pancreatic cancer. He began crying one day for no apparent reason, and then a few weeks later he began to lie on the living-room rug, staring wide-eyed at the fibers. He stopped eating toward the end, prompting me to put Gerber’s baby food on his nose so he would at least lick it off. He was finished and we both knew it. I finally took him to TLC Animal Hospital in West Hollywood for the Big Sendoff. They gave him a sedative, and then something that stopped his heart — and I couldn’t stand it. I couldn’t stay in the room. I couldn’t deal with having taken his life despite the fact that I was relieving him from agony.

I know that it’s inhumane to force people to live past a certain morbid point. Whether or not that point has been reached can only be determined by the suffererer, but if they’re truly in agony and are begging to be allowed to slip away only a monster would insist on keeping them around. And yet I couldn’t face the euthenizing of my cat so what does that say about me?

That I’m a wuss, I suppose. That I don’t have the steel to look tough issues in the face. Because I find the idea of dying horrific under any circumstance. Because I agree with Woody Allen, to wit: “I don’t want to live on through my work. I want to live on by not dying.” 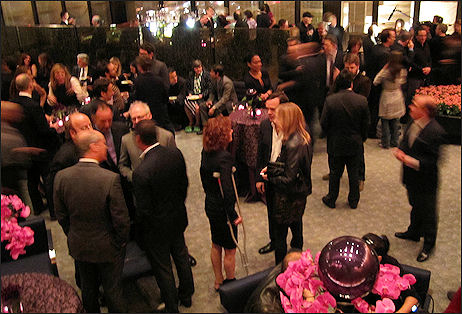