I’m sorry to say that Remember Me and a clip from that Salvador Dali biopic has led me to conclude that Robert Pattinson (a.k.a. “R-Patz”) isn’t a very persuasive or inventive actor. And for this reason alone today’s Sun report about his being cast as Kurt Cobain in a Universal biopic called All Apologies sounds — if true — like a terrible idea. 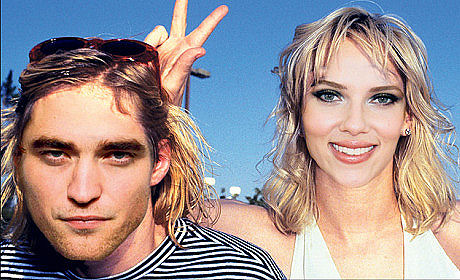 I asked a Universal spokesperson if the story is true to the best of his knowledge, and he said “I don’t believe so…in fact, wasn’t it already denied? Check out Vulture, I think.” There’s a denial on the Spin website, actually.

Indiewire‘s Anne Thompson tweeted this morning that Ryan Gosling would be a better choice. I agree completely.

But on the slight chance that the Pattinson story might be half-legit, isn’t he too tall to play Cobain? Cobain was 5’10”, and Pattinson seems taller than his reported height of 6’1″. (I’m speaking as a 6 foot 1/2-incher who’s stood next to him at a party.) Pattinson will seem way bigger if he’s paired in the film with Scarlett Johansson, who’s been spoken of, the Sun story claims, to play Courtney Love, Cobain’s wife.

But let’s forget Pattinson-Cobain. It was just a silly tab thing that lasted five or six hours.