Disgraced wheeler-dealer Jack Abramoff has become a reformed whore, says director Alex Gibney whose documentary, Casino Jack and the United States of Money, a study of Abramoff’s abuses, is being screened before its May 7th release. (Gibney’s untitled Eliot Spitzer doc is also being shown this evening at a special Tribeca Film Festival screening.) 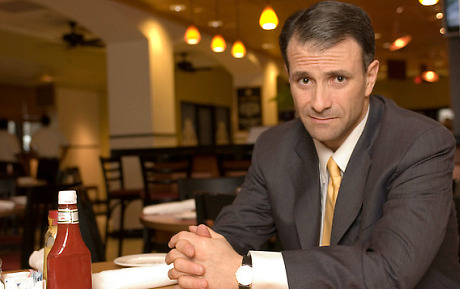 “He’s going to get out [of jail] soon,” Gibney tells N.Y. Times profiler John Anderson. “I was going to tell him that, like my movie or hate my movie, he should use my movie. Go out with it. He’s become a born-again anti-lobbyist. He’s convinced now that lobbying is horrible thing. And it would be the greatest to hear from Jack Abramoff exactly how it’s done. I’d buy tickets to that.”

Anderson’s 4.25 piece also sketches the animosity between Gibney and director George Hickenlooper, who narrative feature about Abramoff, as portrayed by Kevin Spacey, was also called Casino Jack. But when push came to shove about who would get to use the title, “Mr. Hickenlooper blinked,” says Anderson.